PRESS RELEASE
TK Architects Announces New Ownership Changes
Kansas City, MO, April 20, 2016: Wednesday, April 20th, 2016 marks TK Architects’ 35th Anniversary. Coincidentally, on this day TK Architects is ready to make a special ownership change announcement.
At TK Architects we are very fortunate to have some great people who share our values and believe in the firm’s vision for the future. They have embraced TK’s guiding principles: to provide outstanding service, deliver profitable projects to our clients, and create beautiful buildings.
We are pleased to announce the expansion of our ownership team and the promotion to Principal, of the following individuals…

The Value of an Architect

…After all, the common misconception about architects is that all we do is drawings. While we do spend a lot of time drawing, in reality there is so much more to what we do than that…

Currently, selecting a movie to watch in theaters can be difficult from a consumer’s perspective. END_OF_DOCUMENT_TOKEN_TO_BE_REPLACED

Message from Russia and the Middle East 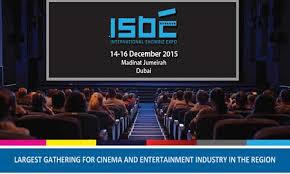 Going to the movies is a worldwide pleasure.  Although the indulgence of movie going is the same, cinema design varies around the world and even within the boundaries of a single city.  Internet images are no substitute for experiencing global cinema operations and micro-markets first hand.  On my way to the 2nd annual International ShowBiz Expo (ISBE) in Dubai, I planned a stop in Russia to follow up with a client who has asked me to review a few of their existing cinemas .  It is no secret that the economy in Russia is suffering.  Cinema operators there do not have urgent plans that involve a lot of risk taking and construction expense.  Instead, this client is interested in the feasibility of low risk remodeling, modest re-branding and even area reduction to be able to roll back lease obligation expense. END_OF_DOCUMENT_TOKEN_TO_BE_REPLACED