Stadium Seating – What is the Most Cost Effective Construction? 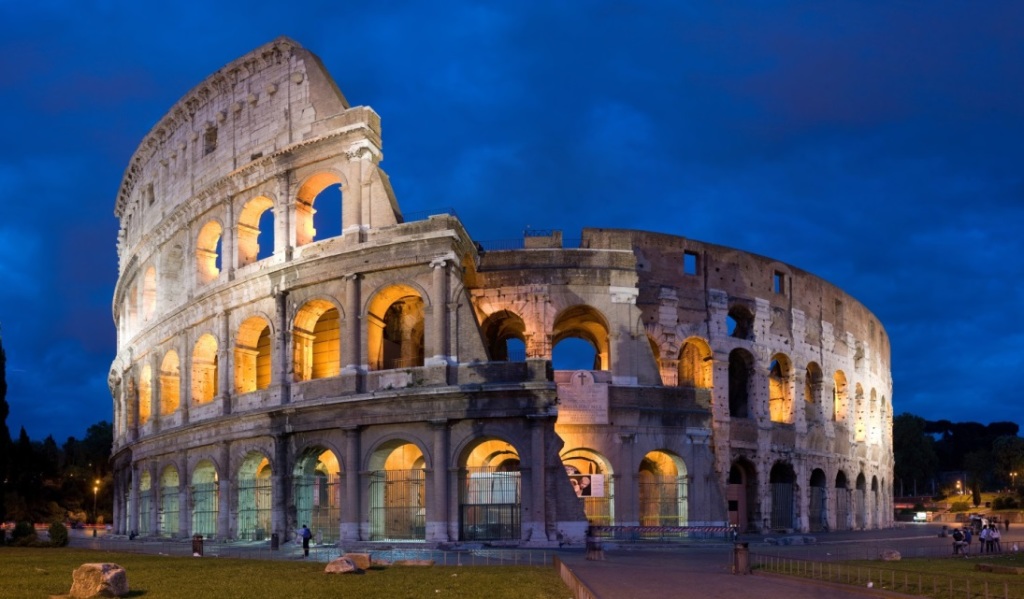 Back in Dallas, Texas 1995, one of the most revolutionary theaters was built: The AMC Grand 24.  It is widely regarded as the first 24-screen multiplex with stadium seating in the world.  The public loved it.  Stadium seating was so innovative that it sold to packed crowds and they literally had to bus in patrons into their packed parking lots.  Cinema owners across the nation were looking at what AMC had accomplished and, at times, stopped construction on their projects to implement this new style of theater configuration.   It was a cinema arms race.  The sloped floor style theaters were slowly going out of business to this new theater stadium seating arrangement.

But stadium seating is not a new concept…  Although it was relatively new to cinemas in the US, there are examples such as the Colosseum at Piazza del Colosseo in Rome which was built in 80AD.  Its use of tiered step arrangement or stadium seating effectively arranged spectators into a great viewing with easy entrance and exit.  The Colosseum concrete arches were innovative at the time, however in our modern era, theaters are constructed in very different methods.  At the Grand 24 and many other cinemas at that time, US theaters were constructed with raked hot rolled steel and elevated concrete decking from the bottom to the very rear row.  At the turn of the century, the structural supports were being altered from entire hot rolled steel supports to newer, more cost effective arrangements such as cold form steel framing and EPS structural foam. END_OF_DOCUMENT_TOKEN_TO_BE_REPLACED

It’s not easy being green … or is it?

There are many misconceptions about the difficulties of green building, especially in theater design. But when you look at the big picture it actually is not as difficult or expensive as it appears to be. In fact there are some real benefits to being more environmentally friendly. Being environmentally mindful can help cut operating costs, improve staff retention and morale and help drive in new customers, yet very few theaters have started to implement green strategies into their day to day operations. Want to experience some of these benefits?

I always enjoy the moment at the end of the previews when an exhibitor asks patrons to silence their mobile devices, my excitement stems from knowing that in the next moment the main show is going to start.  While the debate regarding technology in an Auditorium continues, see TK blog CineAsia & Interactivity Report, one place technology definitely belongs is in construction and facilitating communication between the field and the designers/engineers.  As Mike Cummings, TKA Principal, has noted in Future of Movie Theatres the US is home to a mature stock of theaters.  Theater construction of new facilities remains strong but supporting that base of new growth are mature facilities that have aged and are ready to be reinvigorated.  Renovation projects are critical to refreshing patron’s perception of a location and recapturing market share in competitive markets.  These projects can be tough on the construction team due to lack of original drawings, differences in construction and mini-modifications that add up over time.  Invariably renovation projects are going to contain moments of mystery that leave the team gob-smacked.  “I had no idea when we opened this wall, we would find….” (fill in your experience of choice) or “the existing drawings show something completely different and that is not what we are seeing in front of us.”  As an Architect having my engineers integrated into my project and in my office gives me a more expansive tool bag to address the curve balls a renovation can throw at the design and construction team.  Adding technology into the kit means that resolving these mysteries utilizing creative solutions is just a click away.  Occasionally, the best sleuthing really is a site visit.

Here are a few cases that have recently been cleared by my Sherlocks, ahem engineers and our construction partners.

END_OF_DOCUMENT_TOKEN_TO_BE_REPLACED

The Young Generation and Future of Cinema

One of the common themes at the CinemaCon in Las Vegas this year seemed to be addressing the issue of decreasing cinema attendance of the young generation. It has become a challenge for filmmakers and exhibitors to involve those born right before and after 90’s due to various reasons (Patrick Von Sychowski).

According to 2014 Theatrical Statistics Summary (Complete Report Can be Viewed Here) by Motion Picture Association of America (MPAA), the share of moviegoers under age 50 has slowed down. The amounts of tickets sold for ages between 18-40, as well as per capital by same age, has continued to decrease over the years as well.

What may be contributing to these alarming trends? END_OF_DOCUMENT_TOKEN_TO_BE_REPLACED