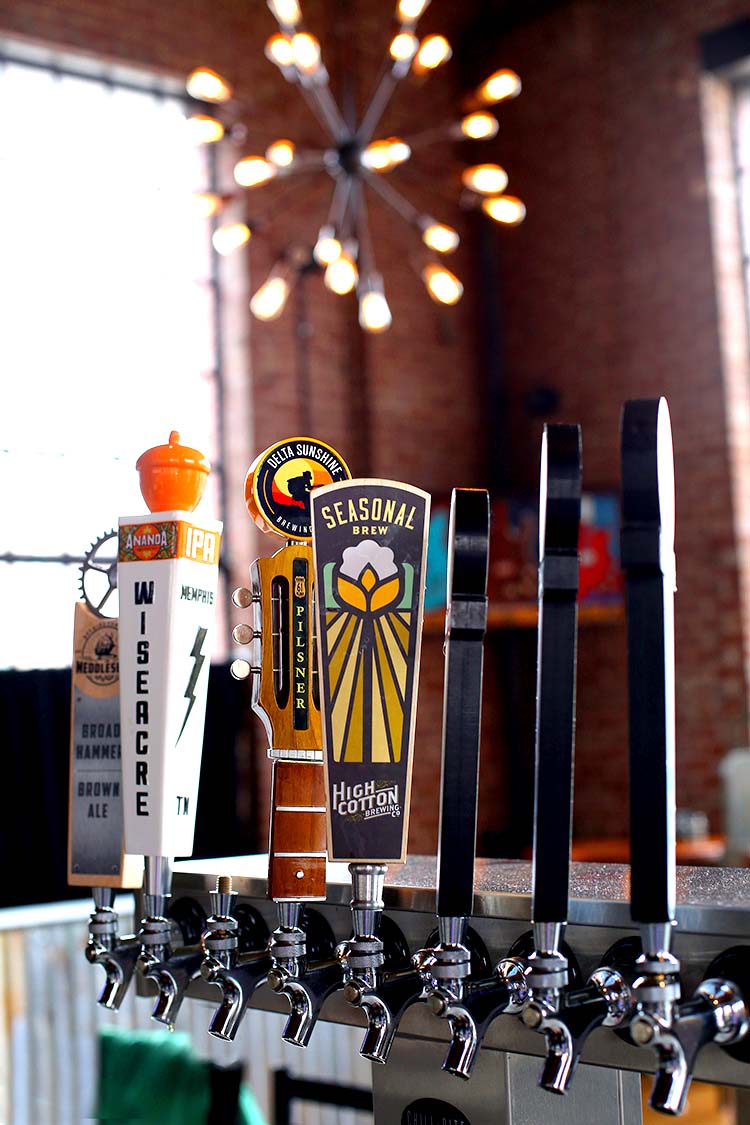 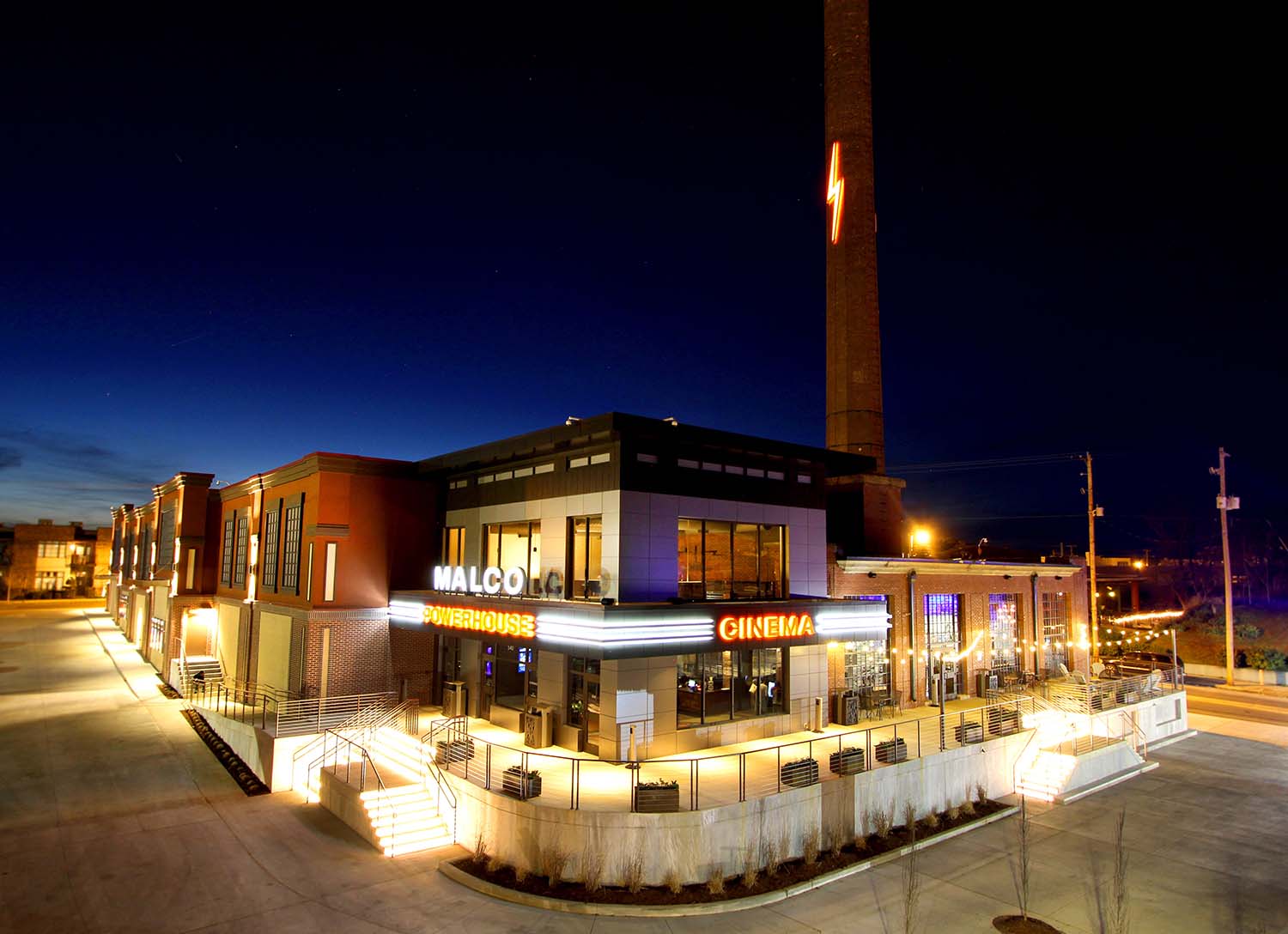 Sustainability is a common theme we hear repeatedly in the news and in our profession.  As an architectural engineering design firm, we enthusiastically promote the adaptive reuse of structures over a complete teardown and starting over.  For clients, it is a romantic endeavor to bring an existing structure back to its original glory.  We see this everywhere in the US including all around our office in downtown Kansas City, MO.  From experience, the romance can be oversimplified as the effort is a big investment in time, cost, and learning, as each project is original with its own set of unique challenges.

Located in the redeveloping South Main Historic District near downtown Memphis, the new Malco Powerhouse Cinema is a project that combines and incorporates a former 1914 railyard brick-clad power station into a unique gathering place that includes a premium 7 screen boutique cinema. The original power station was constructed by the Illinois Central railway to provide steam and electric power to the central station located across the tracks.  Restoration of key historical elements of the existing powerhouse was essential for the building’s historic preservation.  Strict oversight was provided by the State Historic Preservation Office to monitor and maintain the look of the building.  The old historic 60’ tall smokestack was preserved. Hundreds of small panes of glass were replaced in the existing steel windows. Tons of existing brick was salvaged and reused repeatedly throughout the existing building.  There were two different types of brick: an unfinished brick for interior use and a finished brick for the exterior.

Undoubtedly the beauty of the powerhouse was the brick.  The brick was unique not just in color but also in dimension and edge profile.  It had aged very well and the construction detailing 100 years ago was beautiful.  Malco wanted to keep or reuse as much of the brick as possible.  The Memphis Historic Preservation Committee also wanted as much of the existing brick and structure to remain to maintain the history and beauty of the past in the gentrifying area.  The challenge was that the structure and configuration of the old building was not capable of supporting a state-of-the-art auditorium-based layout.  However, with some creative thinking the old edifice was incorporated for ticketing, dining and as a gathering area.

TK worked with Malco to create an environment that would meet the requirements of the historical committee for preservation, while still fulfilling the needs of Malco as an operational space for the new theatre.  The decision was made to emphasize the beauty of the powerhouse and have it as the main entry point.  A “lean-to parts shed” existed on the south side of the building and was removed to expose the main structural wall.  This façade would become the new focal point for blending old and new as people entered the building.

The brick from this lean-to was salvaged to be reused at other locations in the project.  Each brick had to be removed by hand.  Every brick was going to be needed including the broken ones.  Approximately 1,500 finished exterior brick and 1,500 unfinished interior brick were reused throughout the project.  The new entrance to the lobby and the ticket booth reused the finished brick while the unfinished brick was used around the fireplace, entrances, and the transition space from the seating area to the concession area.

There are many unique and beautiful aspects to the renovated powerhouse, but if you ever happen to visit, be sure to take a special look at the rebuilt pilaster at the box office.  With the removal of the south wall, which was providing the load path in the event of a seismic event, a built-up steel portal frame was created to resist the loading while still being minimal in size.  This allowed the contractor to cover the frame with the painstakingly salvaged brick, creating a beautiful backdrop for the box office and entry to the lounge.  The new craftsmanship blends into the existing and you can’t tell where the original building transitions to new.

As with any renovation, there were many challenges; some expected and some not so much.  A lot of passionate people made this project happen.  Now you can enjoy the experience that you just can’t get except in a building that is more than a century old.