TK Architects designed the original stadium conversion and auditorium and lobby expansion for National Amusements.  The property was sold to Rave and Cinemark purchased Rave.  The project was to help rebrand the location to be a Cinemark Rave and update the building overall.  The project Brief called for a redesigned Lobby, so the Concessions stands and Box Offices were placed carefully to add the arcade space, café and seating areas in the Lobby.  The new configuration recognized the dual entries on either end of the Lobby and created a natural patron flow.  New finishes were added to the auditorium entrances to provide more prominence to them, particularly at the IMAX entry.  An existing satellite concession was redone and a new satellite concession was created in what was an underutilized junction of two promenades. 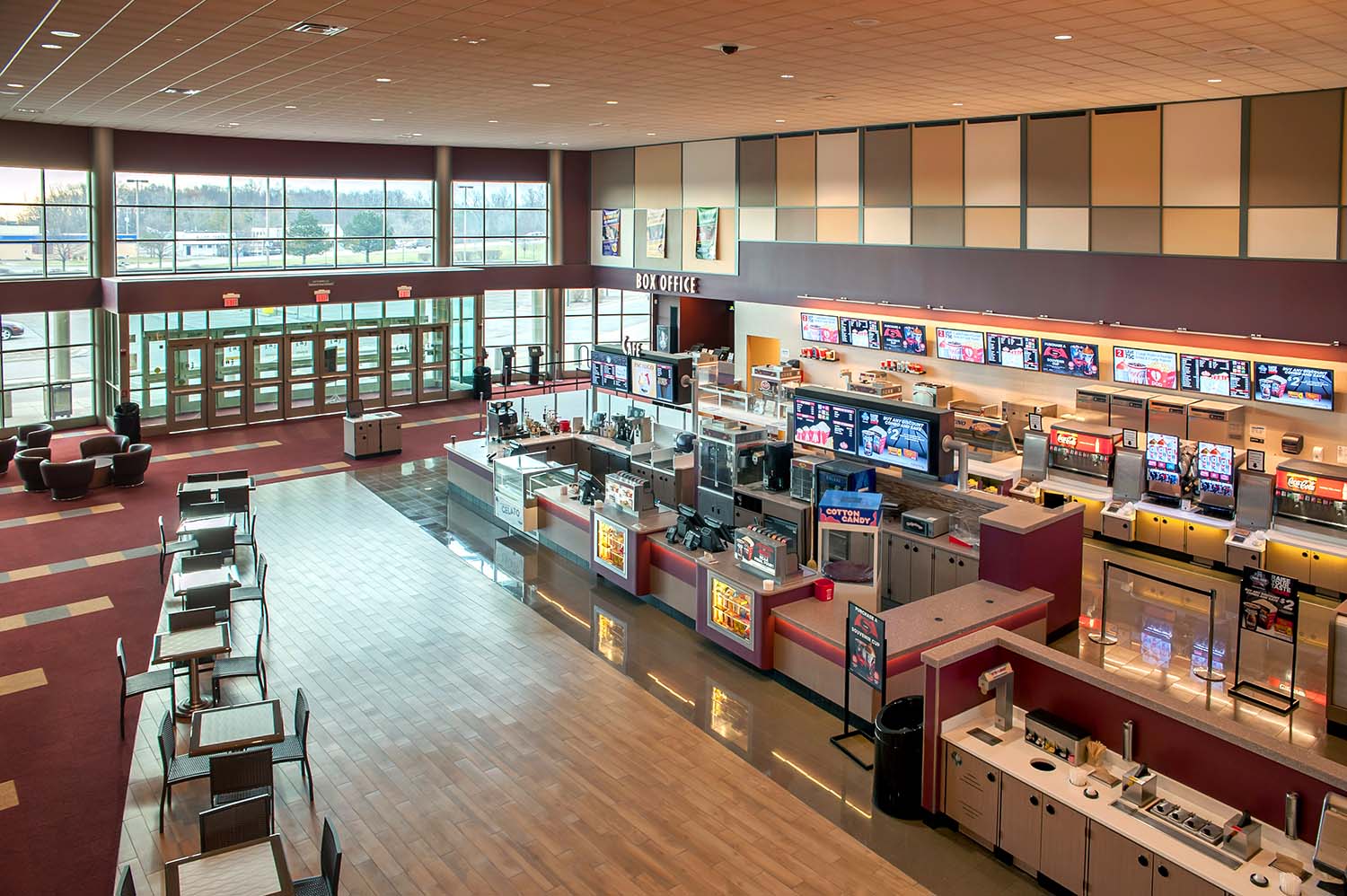 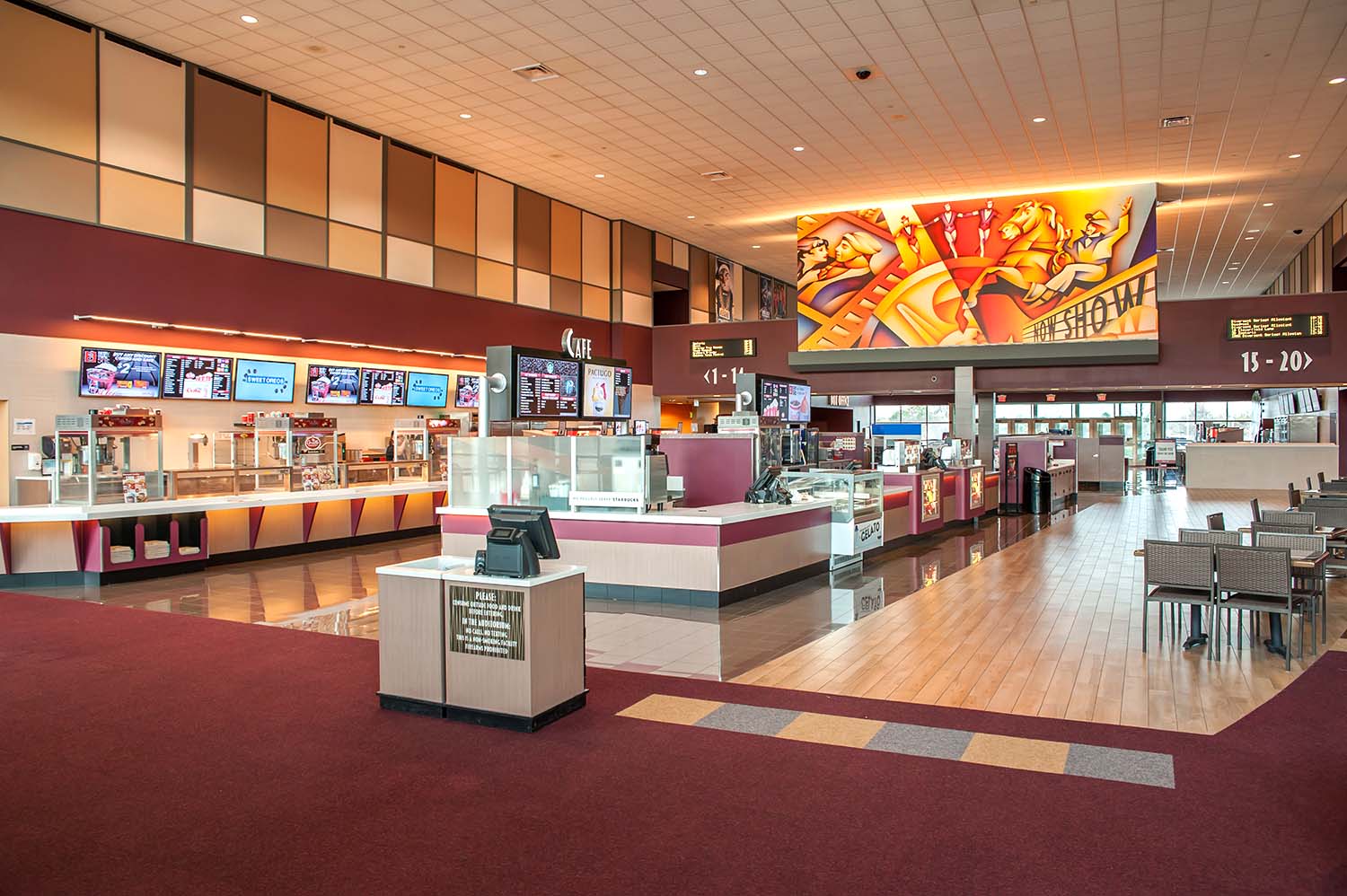 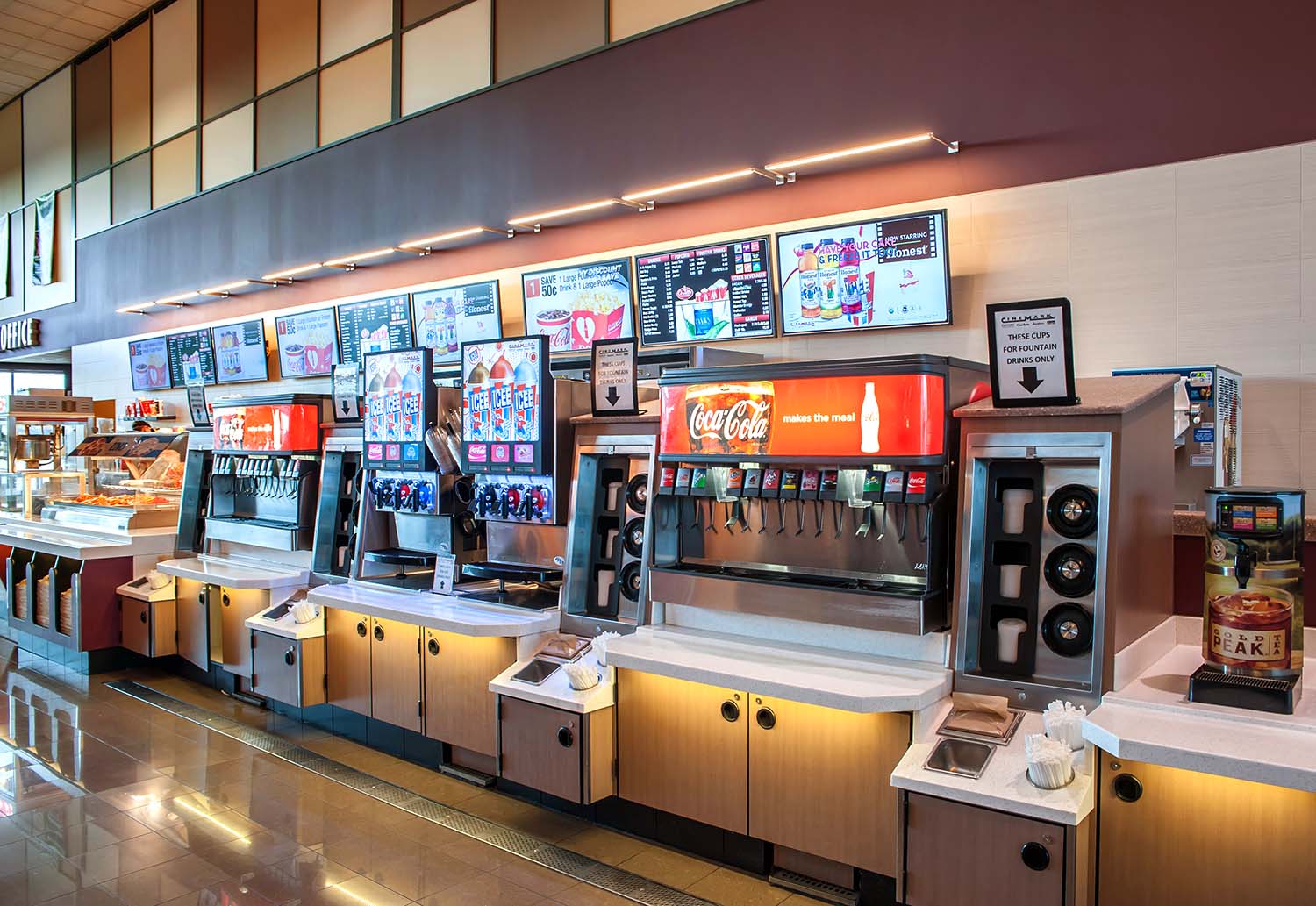 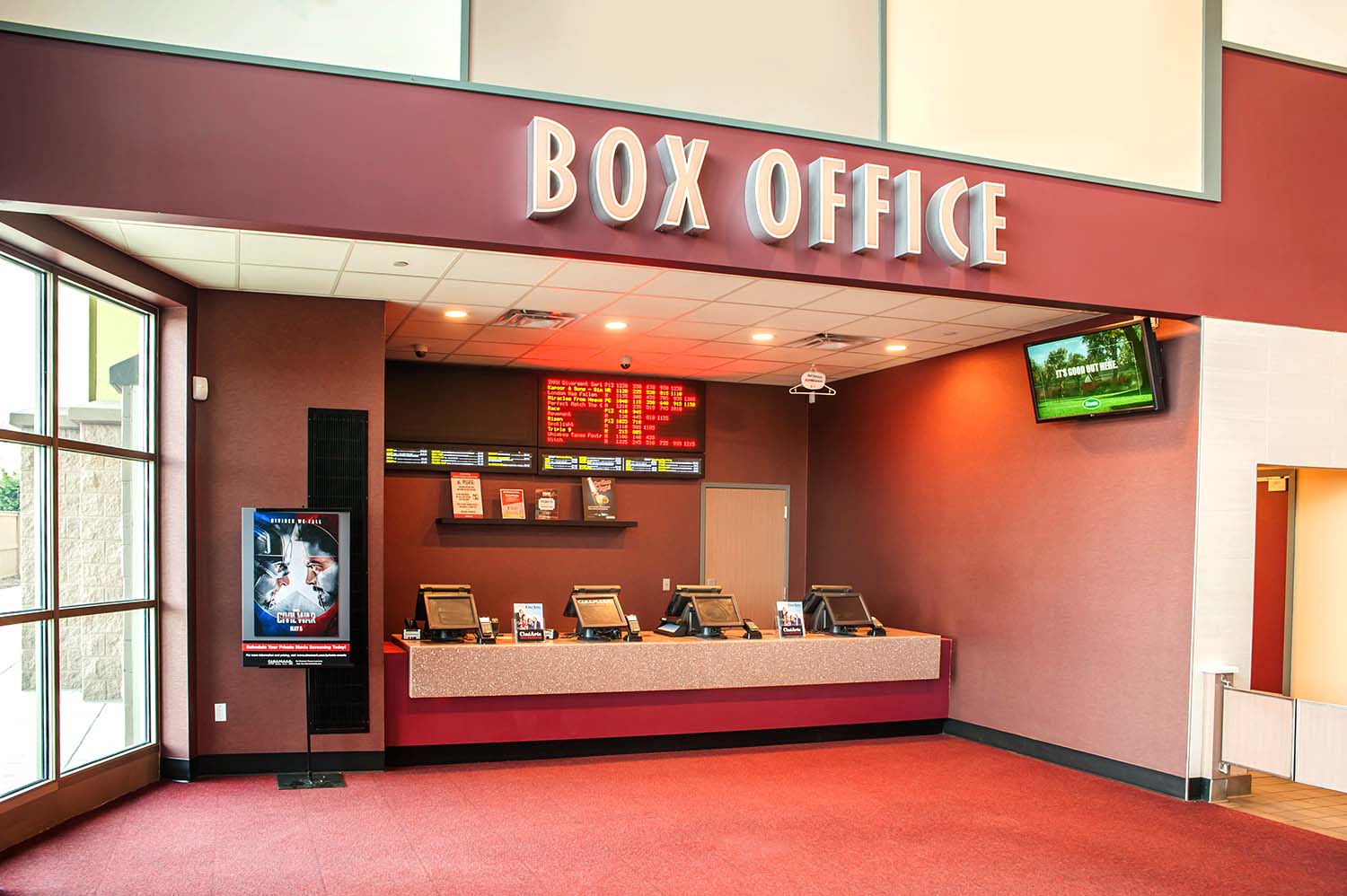 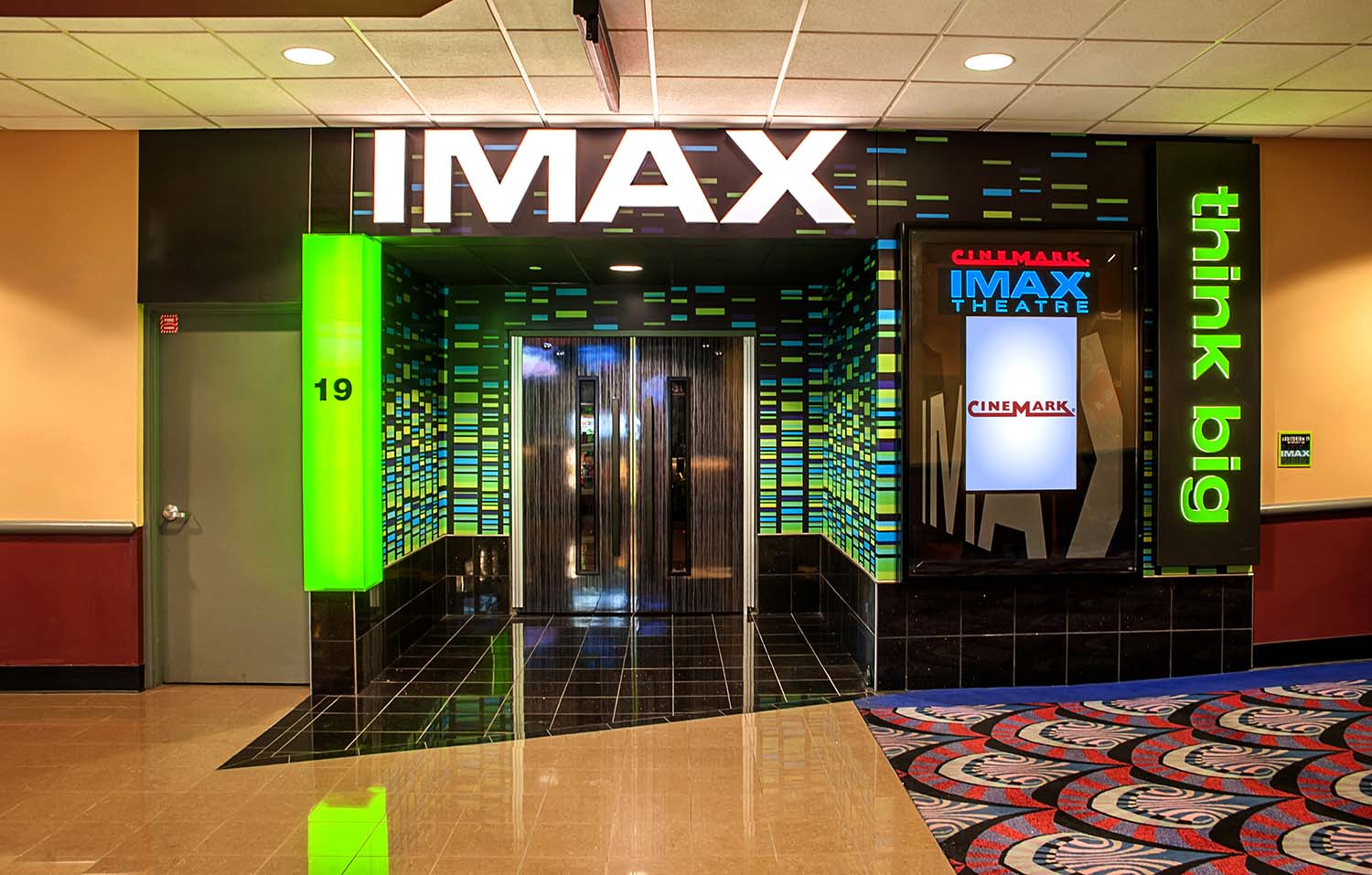 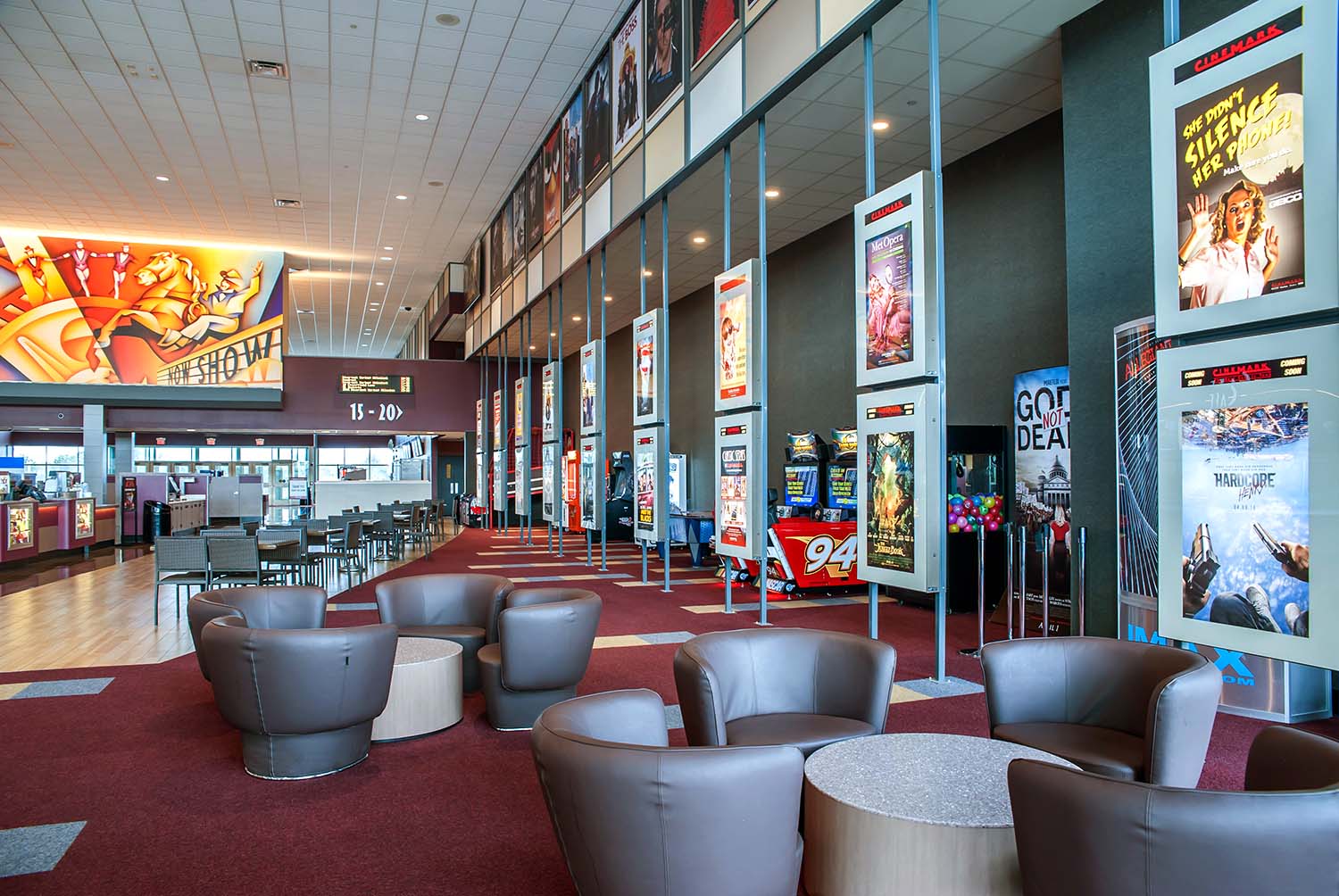