Lobby–ing Your Customers: Smart Design Can Transform the Cinema Into a Popular Destination

First impressions are made within the first five seconds (or less) of an encounter. Sure, the movie-going experience starts before your lobby, but it is just as important for your credibility when the customer opens the front door. END_OF_DOCUMENT_TOKEN_TO_BE_REPLACED 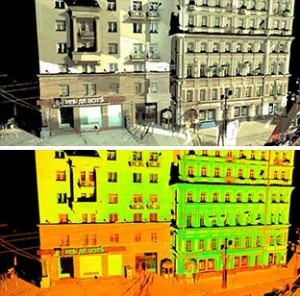 If I could name one major source of construction change orders in renovation or remodeling of existing buildings, it would have to be the surprise discovery of actual built conditions not matching the available as-built drawings.

Of course we could send an architect and engineers to survey a property and expect to catch all as-built discrepancies from the drawings. Of course the general contractor is to visit the site and become generally familiar with the conditions under which the work is to be performed. However, the reality is that a human being cannot economically guarantee a survey of the existing conditions. END_OF_DOCUMENT_TOKEN_TO_BE_REPLACED

Impact of Data on Cinema

There were several sessions at the CineEurope convention in Barcelona this year that focused on the impact that data is having on Cinema.  Data is the reason that Amazon has a better idea of what you want for your birthday than your spouse.  Many of the discussions focused on exhibitor loyalty programs and what is possible to do with that information.

END_OF_DOCUMENT_TOKEN_TO_BE_REPLACED

The Value of an Architect

…After all, the common misconception about architects is that all we do is drawings. While we do spend a lot of time drawing, in reality there is so much more to what we do than that…

Currently, selecting a movie to watch in theaters can be difficult from a consumer’s perspective. END_OF_DOCUMENT_TOKEN_TO_BE_REPLACED