Belt, Suspenders and the Sagrada Familia 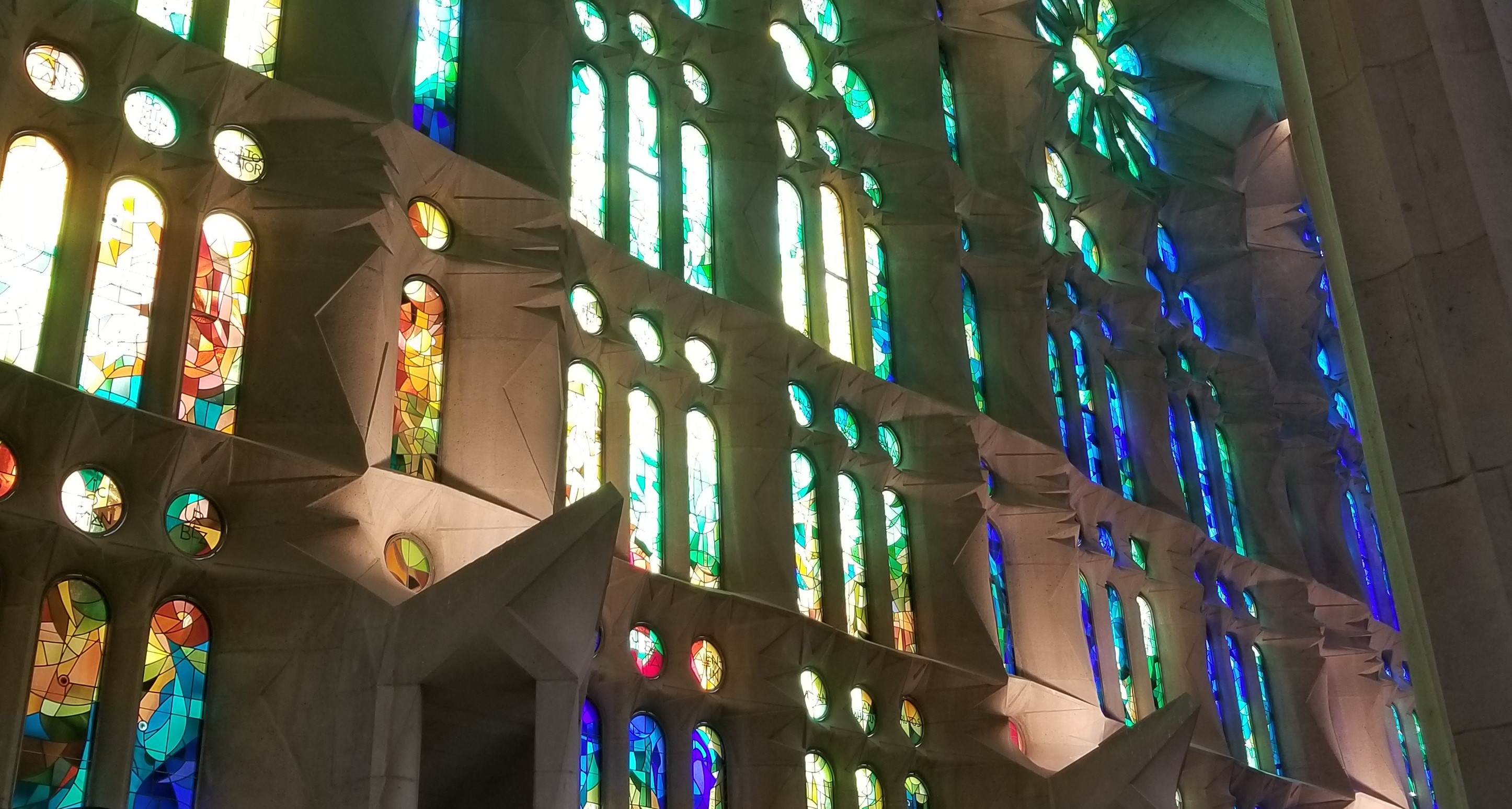 Recently in a meeting a colleague made the comment, “That’s like using both a belt and suspenders.”  He was trying to say the system under discussion was redundant.  Being the only woman in the room (something unusual in our office), I had to speak up and say, “Hey wait a minute, in my world a belt does something different than suspenders.  Belts hold things in and suspenders hold things up.  Down isn’t generally an issue.”  Well after the laughter cleared there was some very thoughtful contemplation from the guys.  It was very evident that they had never stopped to think about it from that perspective.  Many times, seeing a new perspective is just what is needed for a new or fresh idea, or a better answer.

This year has been a kaleidoscope of shifting ideas for me and great opportunities for new perspectives.

During the winter I was fortunate enough to travel to both Nanjing and Hong Kong for work.  In Nanjing, I was able to see the juxtaposition of ancient architecture and its craftsmanship against contemporary architecture (Figure 1-4). 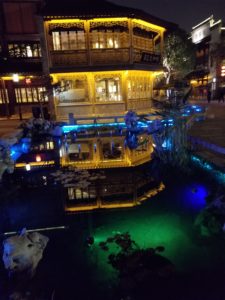 Figure 1: Ancient building in Nanjing, surprisingly the tenant is Starbucks. Architecture like this might get me to drink coffee. 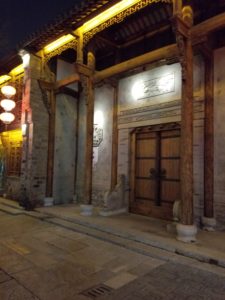 Figure 2: Check out the beautiful wood filigree and notice how the columns and the door are elevated, this was so if the City flooded it didn’t destroy the building. 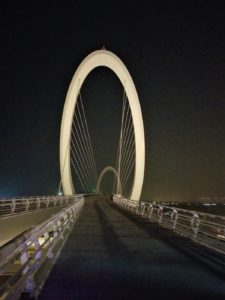 Figure: 3: A Calatrava pedestrian bridge out to an island (same architect as did the Milwaukee Art Museum that moves like a bird wing). 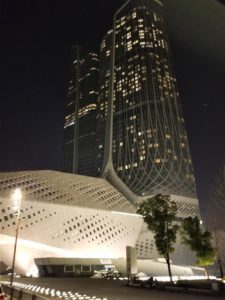 Figure 4: Zaha Hadid designed performing arts center and office/hotel tower. Unfortunately, I couldn’t play the architect card so late at night to get in and see the interiors. 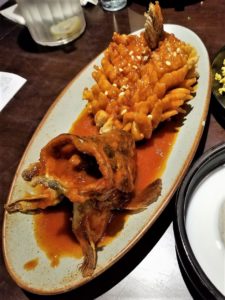 Figure 5: No this is not a prop from a Jurassic movie, and yes they got me to eat fish! 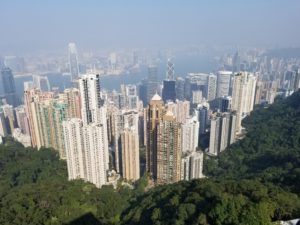 Figure 6: A whole city of tall and I still stood out.

I also got the chance to try some interesting new foods (Figure 5). In Hong Kong, the density of population and the concentration of buildings was amazing to me.  The tiny footprints for vertical buildings were dissimilar to anything I had experienced (Figure 6-8). While in Hong Kong, I was able to experience my first international trade show.  The energy of the show was fantastic.  I was able to gain a better viewpoint on international markets and the contrast between Hollywood content versus national content in other parts of the world.  Meeting a new group of vendors and seeing different products and services was a great way to expand my network.  Finding out what country people were from was a great snapshot of the diversity in attendance. 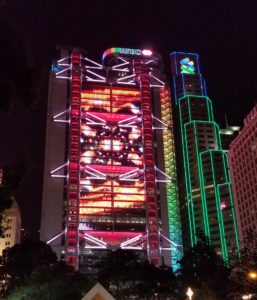 Figure 8 Definitely a bucket list building, seeing Norman Foster’s (one of my favorite Architects) HSBC building was so cool and then they have turned the whole façade into a screen with color changing lights highlighting the exo-skeleton. 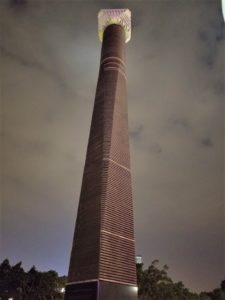 Figure 7: A beautiful monument with the dramatic City glow of night around it.

The diversity I saw is almost like a mirror of our office.  When you look at photos from the famous TK potlucks (look past the fork-in-hand longing gaze as they approach the bountiful feast), the diversity is immediately evident.  The staff speak different languages, come from different backgrounds or countries, and attended varying schools.  Gender and orientation have no bearing on the projects or the clients we work with, instead the focus is on qualifications and compatible personalities.  Our firm is rooted in diversity and use collaboration to bring in differing perspectives.

Continuing the year of new perspectives was my trip to Barcelona for CineEurope.  The feel of the show is a little more relaxed (maybe proximity to the beach brings in some relaxing breezes).  I loved that the show included places for spontaneous meetings and felt that helped increase the energy of the show. 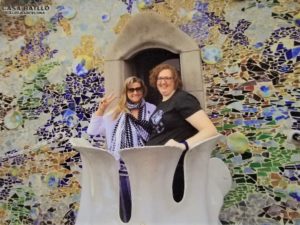 Figure 9: Heather Blair and Theresa English on the balcony of Casa Batllo.

I was able to learn about some different vendors but also was able to see some familiar ones from both CineAsia and other shows we attend.  Recliners have not taken over the industry as they have in the US, so there was a broader display of types of seats than at US shows.  Beer and Wine were not really a topic as European operators figured that out long ago.  The environmental impact discussion, that you are starting to hear more about in the US, was already working towards new solutions.  Coffee cups did not have plastic lids but had extended the sides to allow them to be folded down creating a drinking spout and a vent.  Paper straws were already the norm and plastic straws were nowhere to be found.   Recycling centers were throughout the exhibit space making a greener choice forefront.  Now if only we can come up with a way to recycle badges and lanyards… 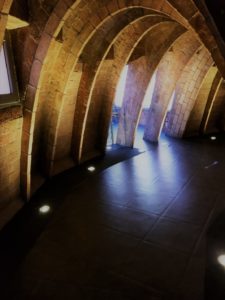 Figure 10: Servants space in Casa Mila if you squint you can imagine strings running across the arches and all those turn of the century pantaloons drying, yep I could do laundry under beautiful catenary arches. In addition to designing using string models he looked at the skeletons of snakes. 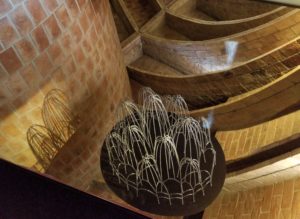 Figure 11: Flipped perspective, here you see one of the string (chain) models reflected right side up in the mirror, but the mirror reflects the arches seen in figure 18. This particular building was not built.

Once the show wrapped up, an industry partner Heather Blair joined me to experience some of the most famous architecture in Barcelona (Figure 9). Having the perspective of a non-architect as we explored both Casa Batllo and Sagrada Familia was really a different perspective.  We were able to discuss why these buildings were important to the history of architecture and how they were completely revolutionary for their time at the beginning of the 20th century.  Antonio Gaudi’s buildings were a radical departure from the other architecture of his time. Gaudi had a unique perspective and used string theory and organic forms to create beautiful but functional structure.  Using strings or chains suspended from the ceiling, he designed buildings; the arch created by the weight on the apex of the string is called a catenary arch (Figure 10 and 11). He used color to change how light reached deeper into the building with gradation in the light wells but also used it as decoration throughout and on the exterior of the space at Casa Batllo (Figure 12-14). We wound our way back down through the building and headed from residential structure to a religious one. 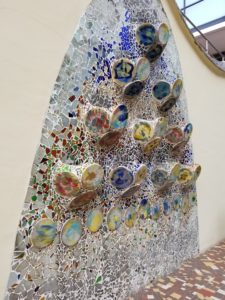 Figure 14: Beautiful mosaic of different materials in the elevated patio 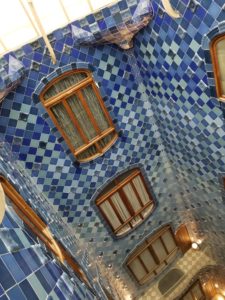 Figure 13: The gradation from dark at the top to white at the very bottom pushed light down through the light well to help light up the interior spaces. 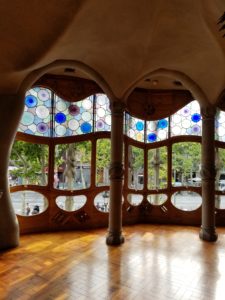 Figure 12: No square corners and amazing craftmanship and playful organic form…quick wipe up the puddle of architect drool on the beautiful parquet floor. 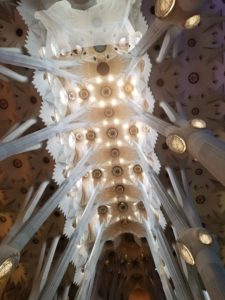 Figure 17: See how the columns appear to twist as they ascend, that slight twist gives them more strength then if they were only tapered. See how the stone and plaster come down to very crisp knife points. 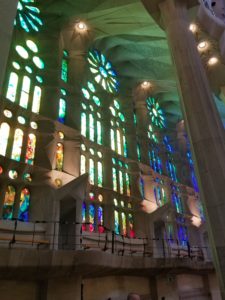 Figure 16: Light streams into the church and paints all the gray stone with color and beauty, the elevated pews that wrap the nave are closed currently due to ongoing construction. 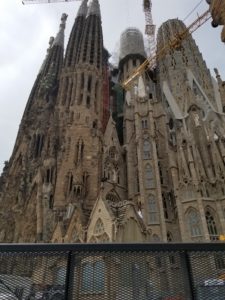 Figure 15: Sagrada Familia façade and ongoing tower construction. Check out all those carvings to the left and how the feel changes as you come around the building.

Sagrada Familia is still under construction more than 100 years after it started (Figure 15).Construction has not been continuous, but they are still executing Gaudi’s vision.  Stepping through the massive doors of Sagrada Familia into the quiet of the interior with the beautiful glowing colorful light requires a mental shift (Figure 16). The decoration on the façade prevents a sense of scale.   Looking up at the intricate ceiling brings the scale into evidence.  The perspective looking straight up at the ceiling gives this great view of all the highly articulated surfaces coming together to make a beautiful pattern (Figure 17). 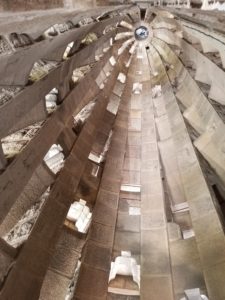 Figure 18: See the sea shell as the tower spirals up to the top , this natural form is seen in much of Gaudi’s work and determined where the structure supporting it was needed 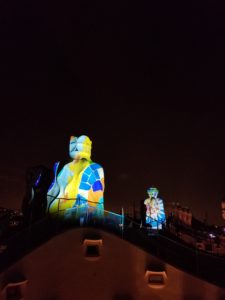 Figure 19: As I spiraled down from the top of the tower, the organic elements of the façade created interesting interaction with the view out.

Stained glass windows on one side are mostly warm tones while the other side utilizes cool colors and the third uses softly filtered white light to create a wonderful panoply of color (Figure 16).  I ended the tour there with a final perspective shift, the views from one of the towers and spiraling down to the ground (Figure 18 & 19). After a great dinner with Heather and new friends I said good bye and continued to explore on my own.

Another famous building by Gaudi was on the menu the next day along with the house where he had lived.  Casa Mila was one of the first apartment buildings built with an underground garage for cars (very cutting edge for 1912).  At night images are  projected onto various sculpted and mosaic surfaces using laser mapping (Figure 20). While not a technology from Gaudi’s time, I think he would have heartily approved the technology and exploration of color on his sculptures.  If we could here his perspective reaching across the ages to us, what new directions would we find?  He collaborated with artists, craftsman and builders but he also was inclusive in his concepts even building a school on the grounds of Sagrada Familia for the worker’s children. 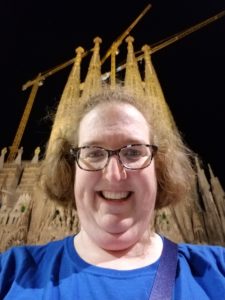 Figure 21: Queen of the architectural tourist signing off from Barcelona. Where will the next adventure take us?

Reflecting on the experiences gained with my travels, bringing a collective perspective is important within the cinema industry, especially with the many changes that are happening.  Our industry is under represented by women and strides are being made to broaden and diversify this. Hopefully one day it will be more balanced.  Celluloid Junkie has highlighted some of the success and differences women are making in their “Top 50 Women in Global Cinema”.  My hope is that in the future we can celebrate the Top 50 people in Global Cinema.  In the interim I’ll keep seeing if I can keep my colleagues laughing when I challenge their perspective with a simple observation.  Whether you need a belt, suspenders or maybe stirrup pants (you better believe when those were popular in the 90’s I thought it was a great way to keep my pants from looking short, who knew 25 years later, short would be a style?) hopefully you’ll find a fresh perspective that works for you.