Here we come, the year 2016 is coming to an end, and we look forward to a successful 2017! In the meanwhile it is a good time to slow down and reminisce on what the past year 2016 has brought us.

2016 was a busy year for TK Architects. It was marked by the company’s 35th anniversary, and many changes and celebrations that came with it! 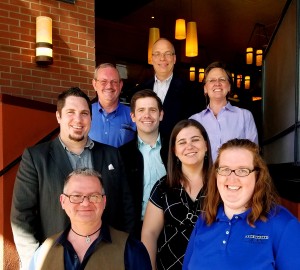 TK Architects hosted a 35th year Anniversary party for the staff at the Gordon Biersch restaurant and bar in April, where the announcement was made that 5 people were being –promoted to principals (listed alphabetically by last name):

Later in April TK Architects attended the annual CinemaCon tradeshow in Las Vegas, and hosted a wonderful 35 year birthday celebration party for friends and partners in the infamous RainMan suite (you can tell we are in the movie theatre industry and get excited about things like that ) of star studded Caesar’s Hotel (Some of our guests even reported to have taken an elevator up to our party together with Bradley Cooper). 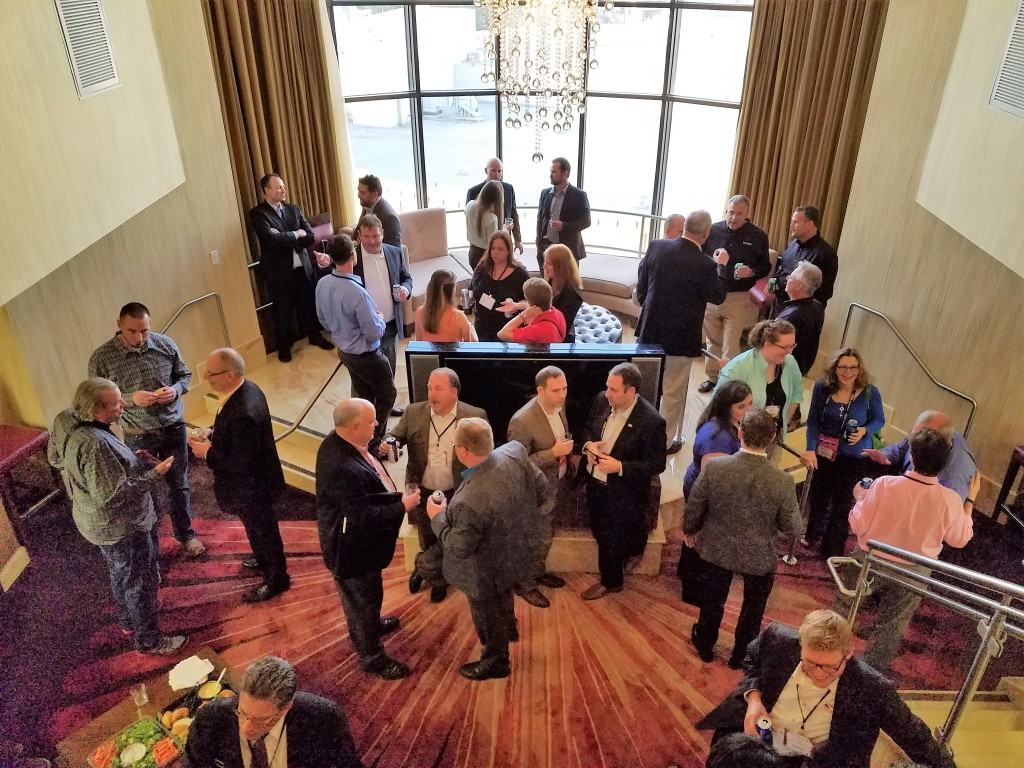 Guests at the TK Architects 35 Anniversary Party in Las Vegas 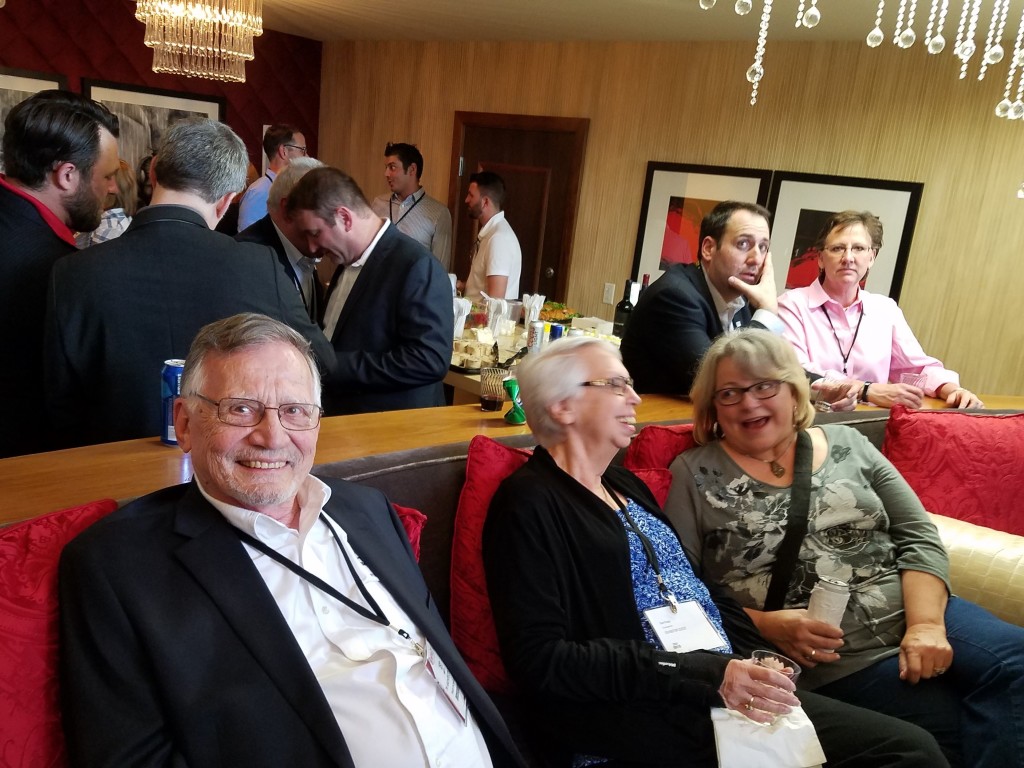 TK Architects attended many tradeshows as part of our ongoing marketing efforts all across the world. We had visited: ICTA, Tristate, CinemaCon, Cinemark Convention, GTCFF Guangzhou in China, Cine Europe in Spain, BIRTV in China, KinoExpo in Russia, Geneva Convention, ShowEast, RECON MENA in UAE, and CineAsia in Hong Kong. It is always great not to only meet new clients and partners, but also visit with the industry leaders, vendors and our old friends. Our Senior Principals also made several trips to the UAE and China, as part of our ongoing international business development efforts. 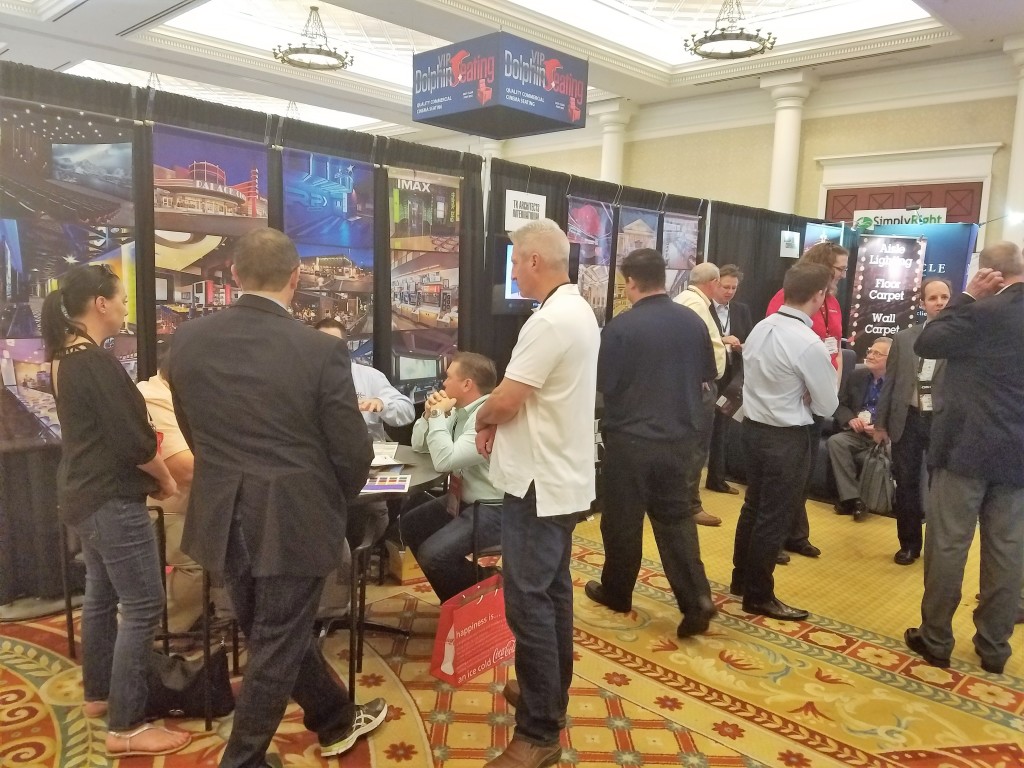 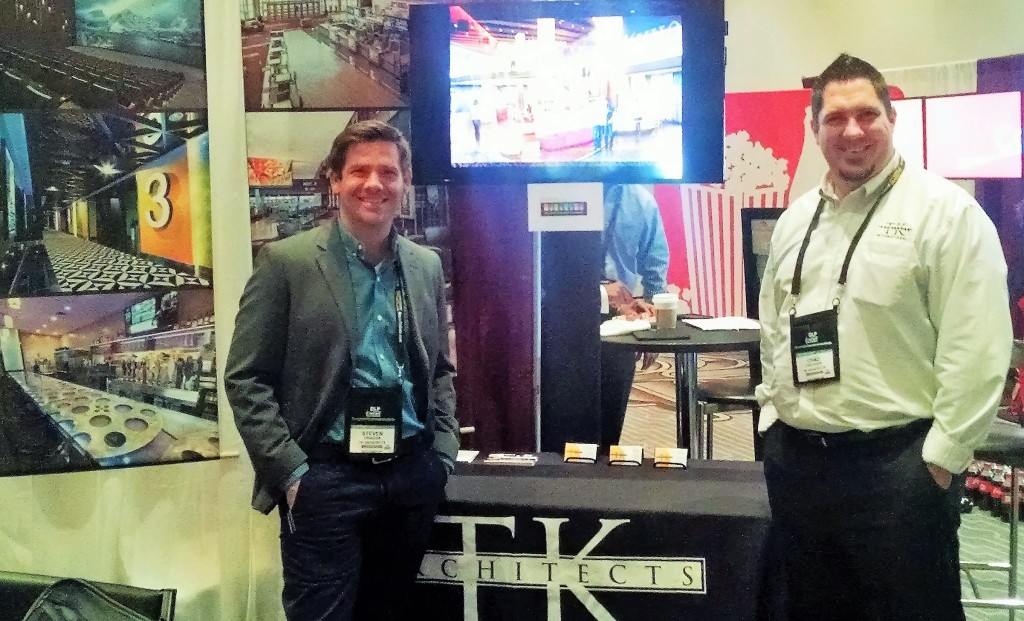 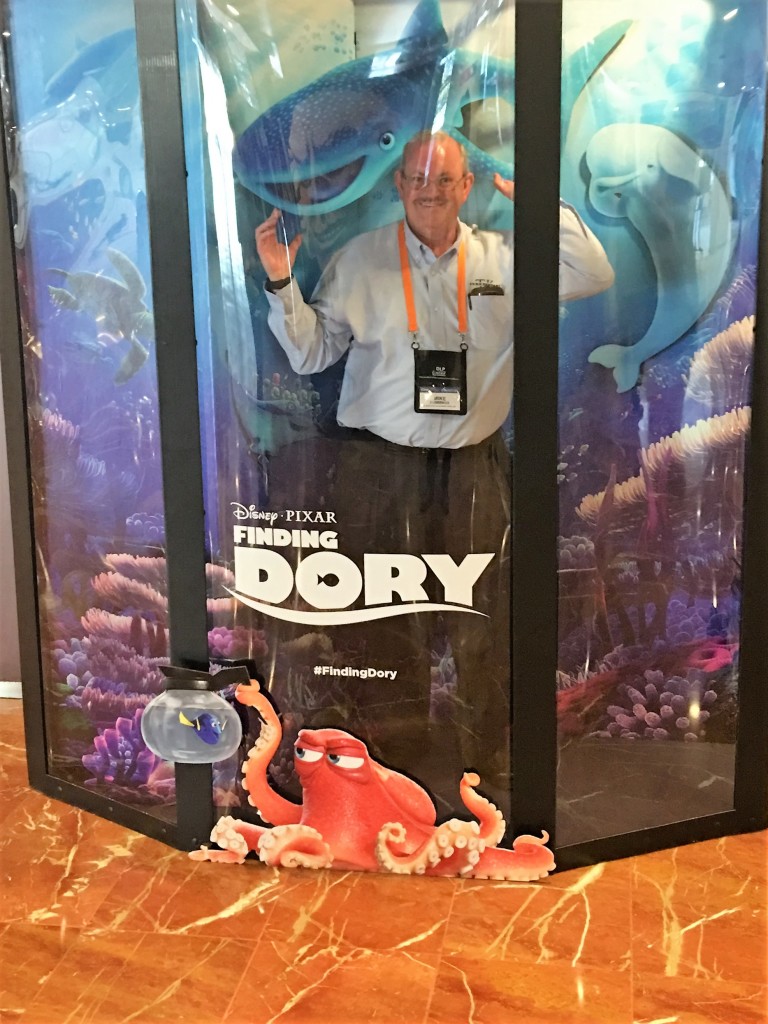 TK Architects strives to be the industry leader in cinema design, and stays tuned to all current trends and industry developments. Our senior management was featured in a few publications and interviews, and presented at large events as experts in the cinema industry.

Mike Cummings, our Sr. Principal, was a panelist and a presenter at the ICTA annual conference in January (Premium Experiences, Including Luxury Seating), and then presented again at CinemaCon in April. 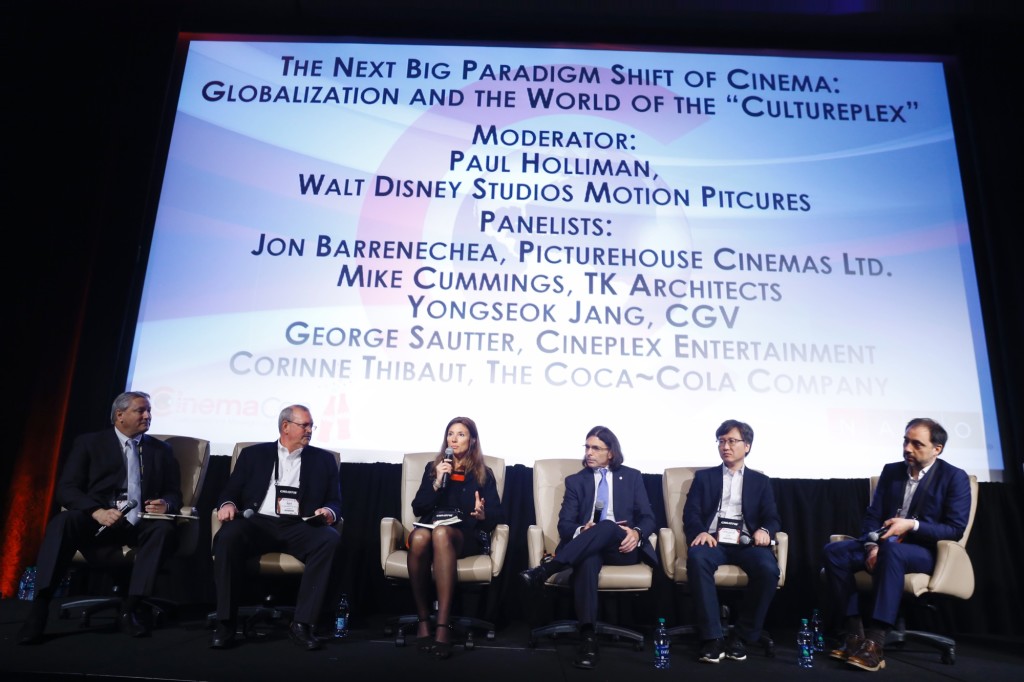 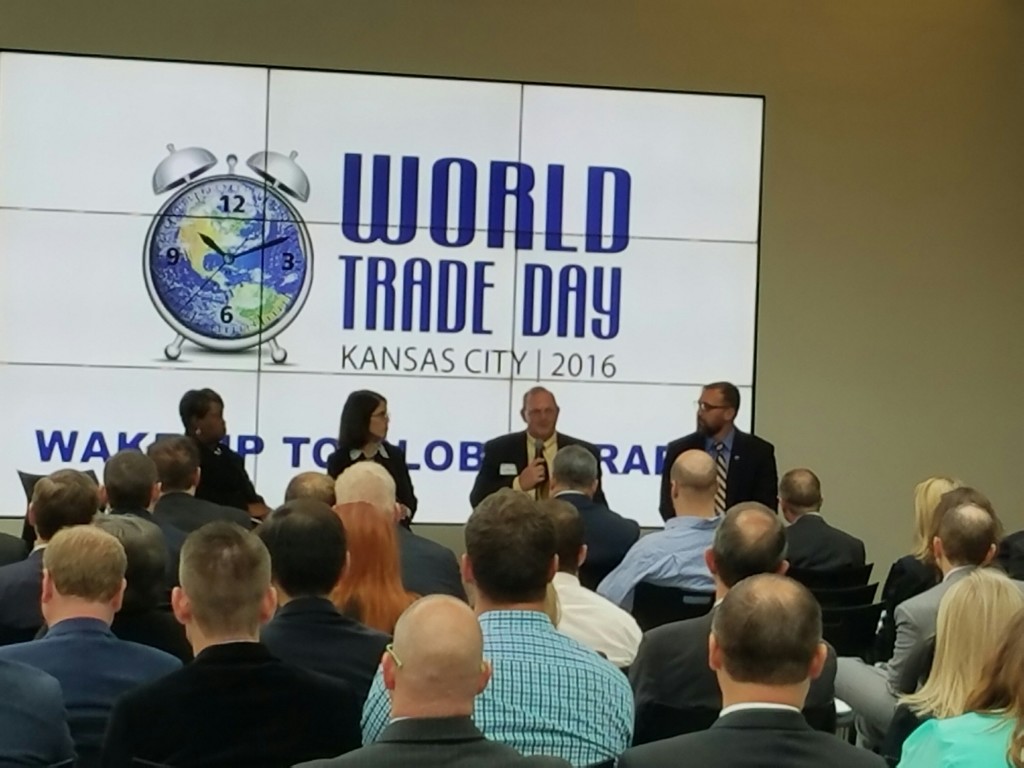 In August 2016, Mike Cummings was interviewed and featured in FilmJournal regarding the current trends on projection booth usage or going boothless with auditoriums. He discussed challenges and benefits of a theater operator going boothless. The full content can be found HERE.

Jack Muffoletto, TK’s Sr. Principal, has written an article “LOBBY–ING YOUR CUSTOMERS: SMART DESIGN CAN TRANSFORM THE CINEMA INTO A POPULAR DESTINATION”, which first appeared in the October (Lobby and Design) issue of Film Journal magazine. In it Jack discussed the impact of design and functionality on customer engagement. More HERE.

He also published another article on a similar topic in Retail and Leisure International in October.

Mike Cummings was a presenter at CineAsia in December with the topics of “Maximizing Business Performance through Investments in Next Generation Cinema Technology”.  He was also featured in the Millennial-themed article in the December issue of the Screen Trade Magazine.

We are getting noticed, and received a few awards and recognition throughout the year. 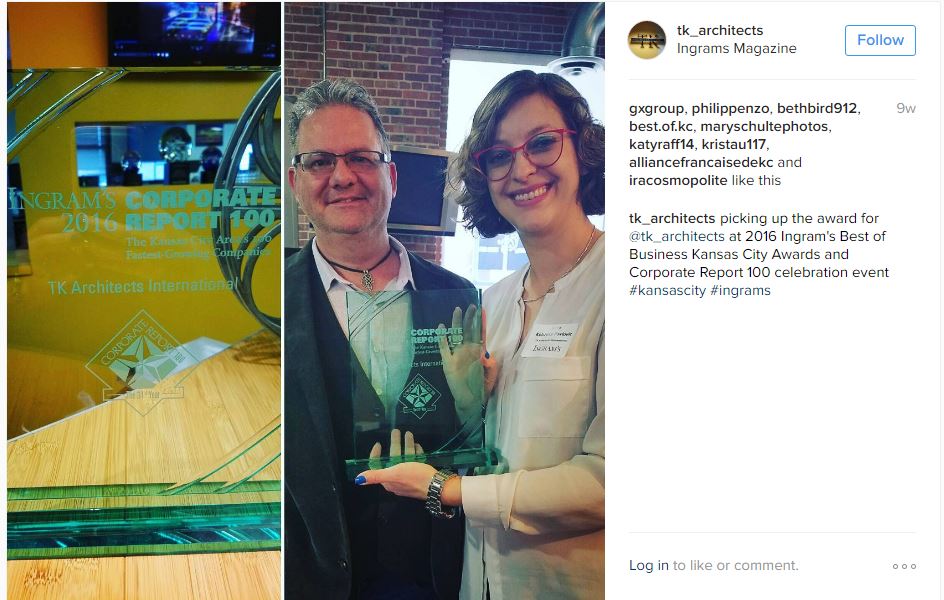 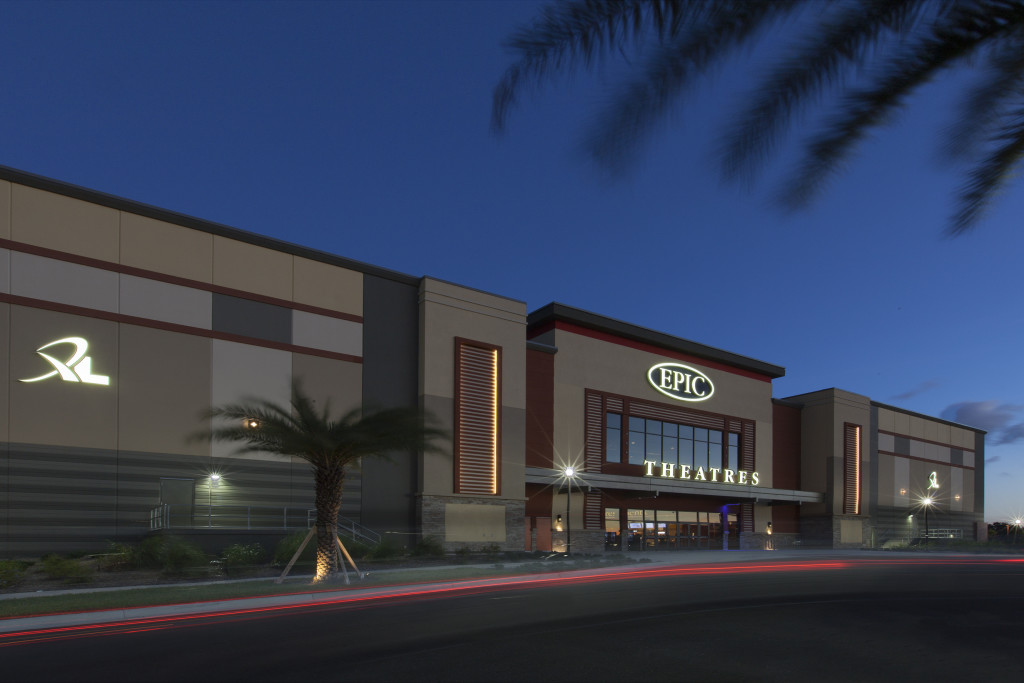 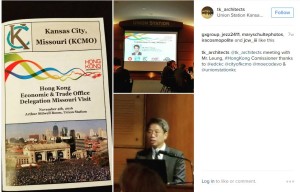 We did not only work hard, but played hard as well.

We had a few very successful and fun Happy Hours and Pool Tournament days! 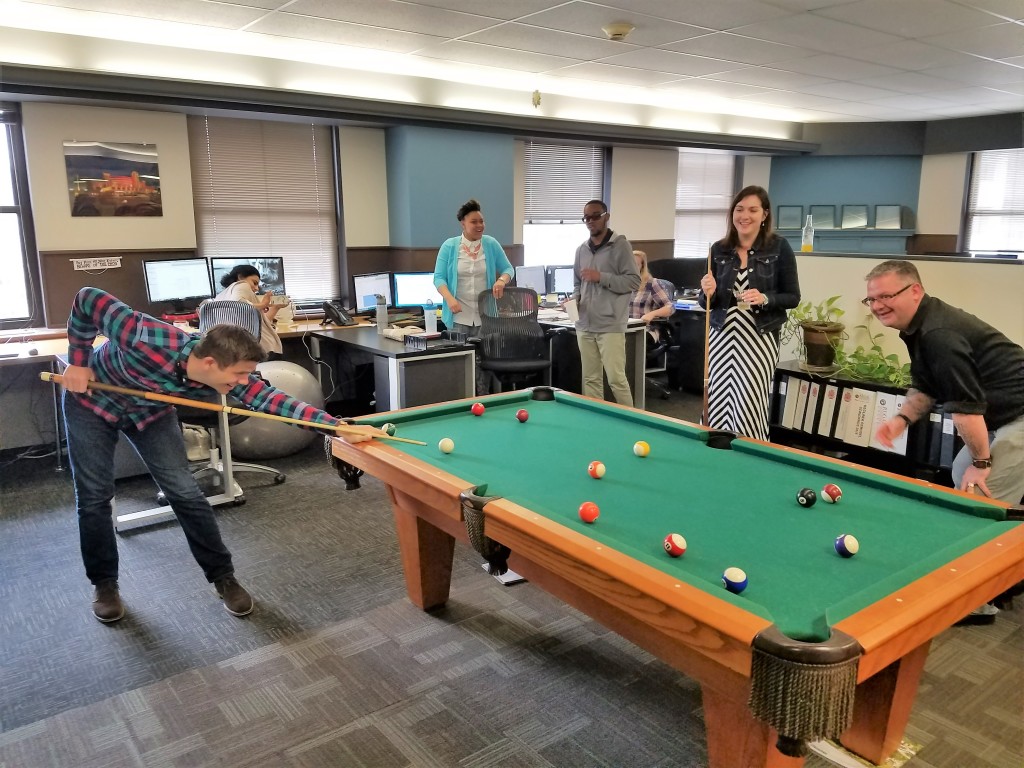 This year we celebrated several large events – Joy and Ching’s wedding shower, Drew and Ashley’s baby shower, welcomed our China office delegates at a potluck, and celebrated Boss’ Day. And the two of our favorites of the year of course – an annual office retreat aka the Lake Day; and a Holiday Dinner party, which we celebrated at the Argentinian Restaurant Piropos this year. 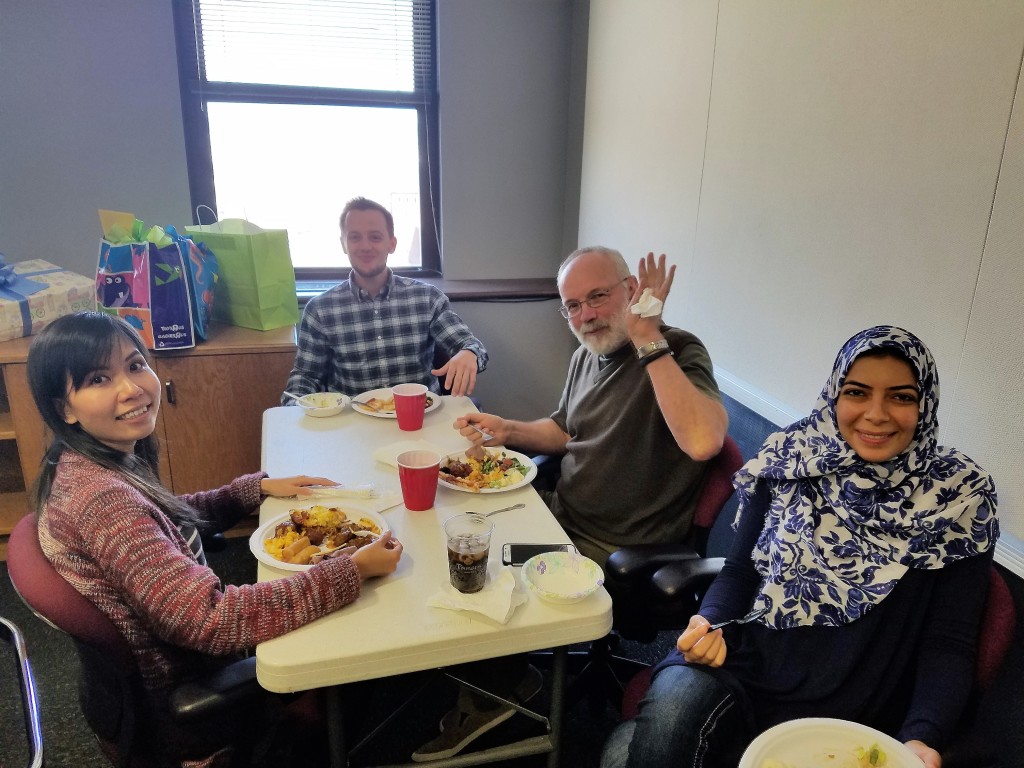 TK Staff at one of the friendly shower-potlucks 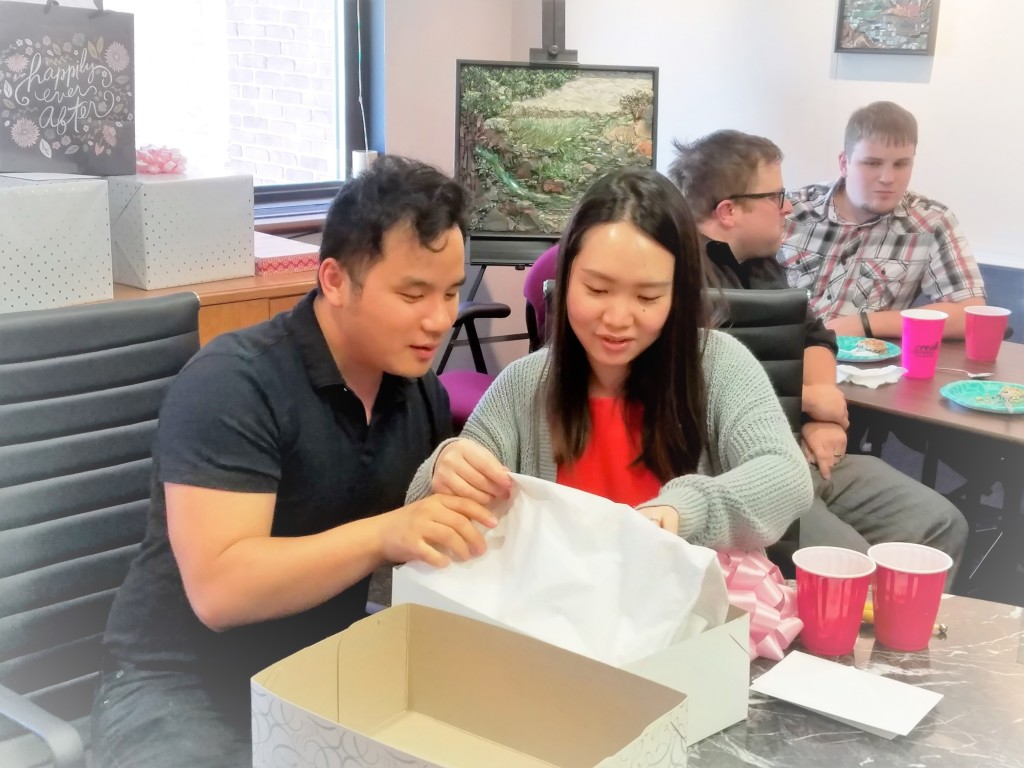 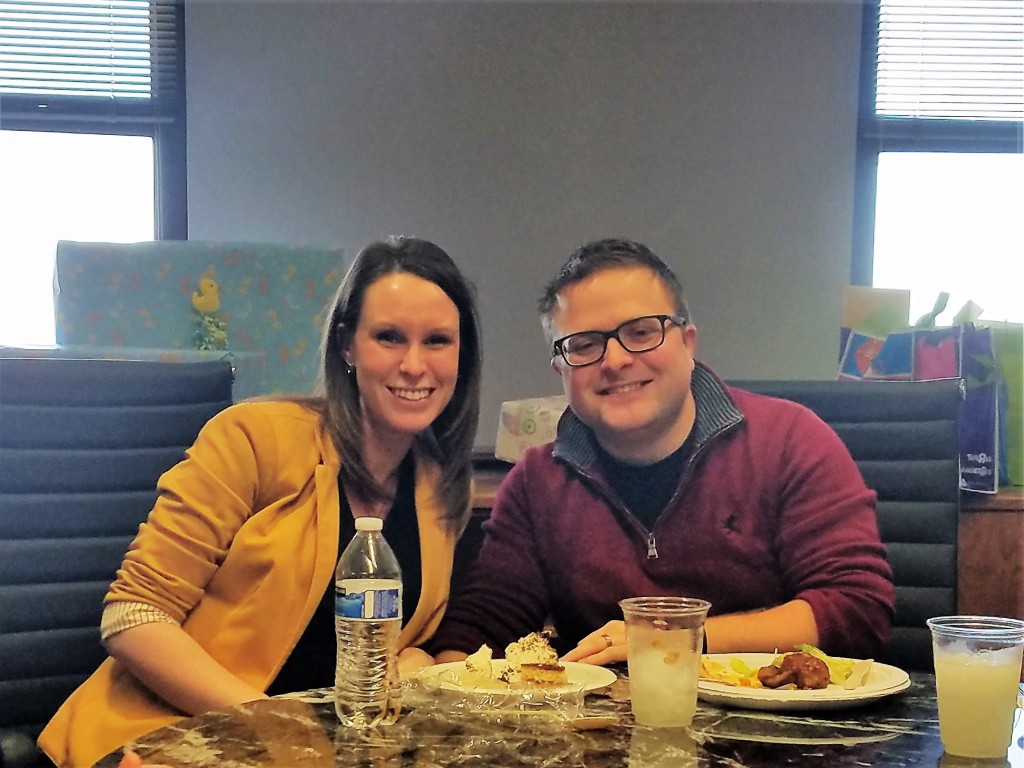 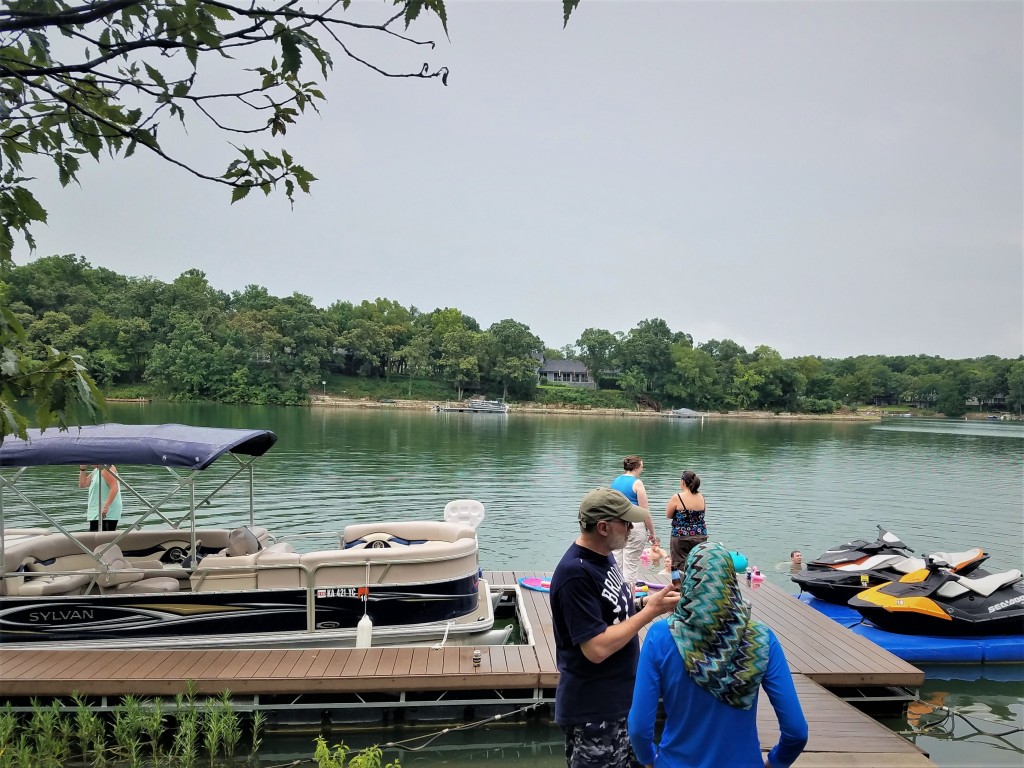 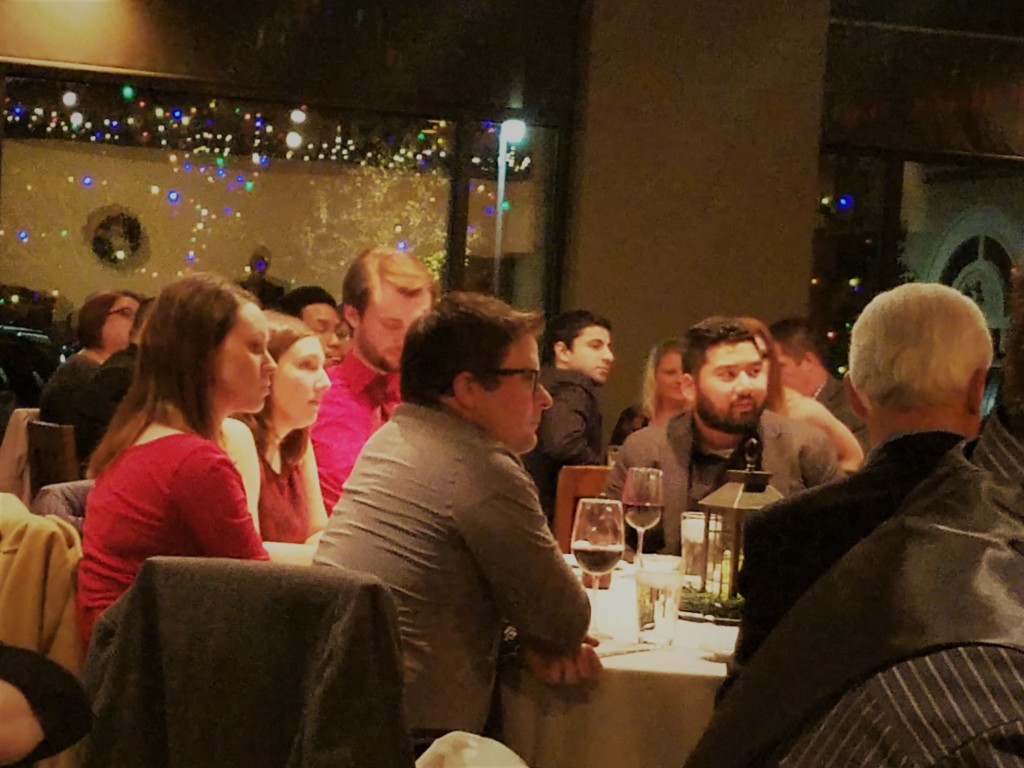 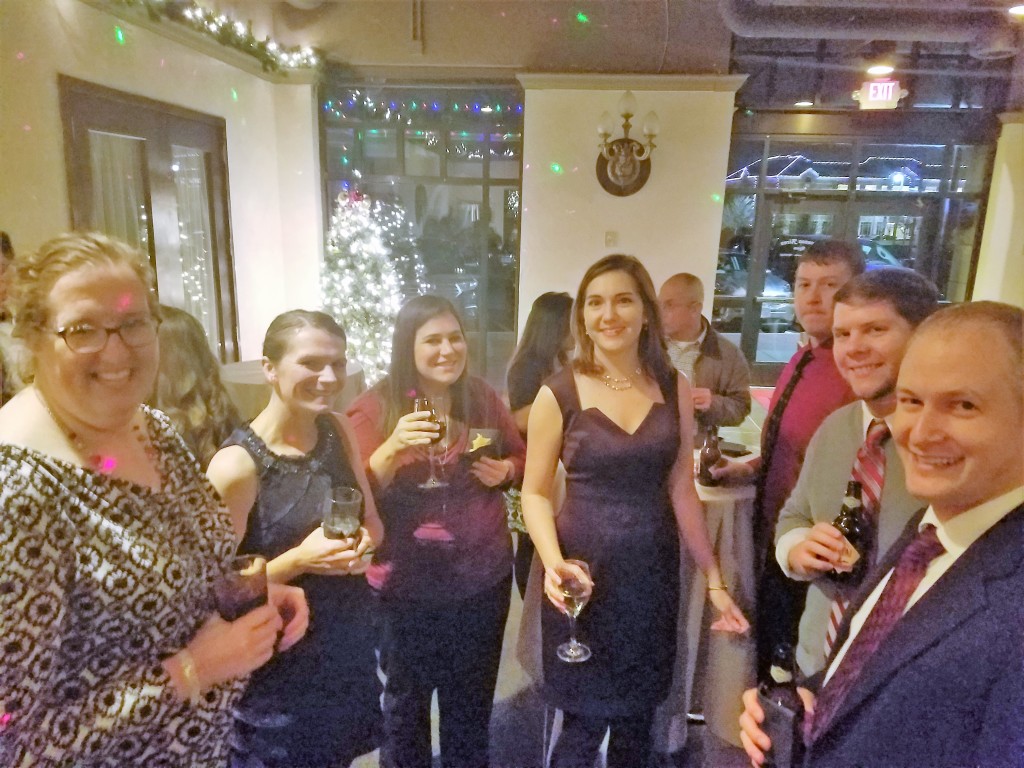 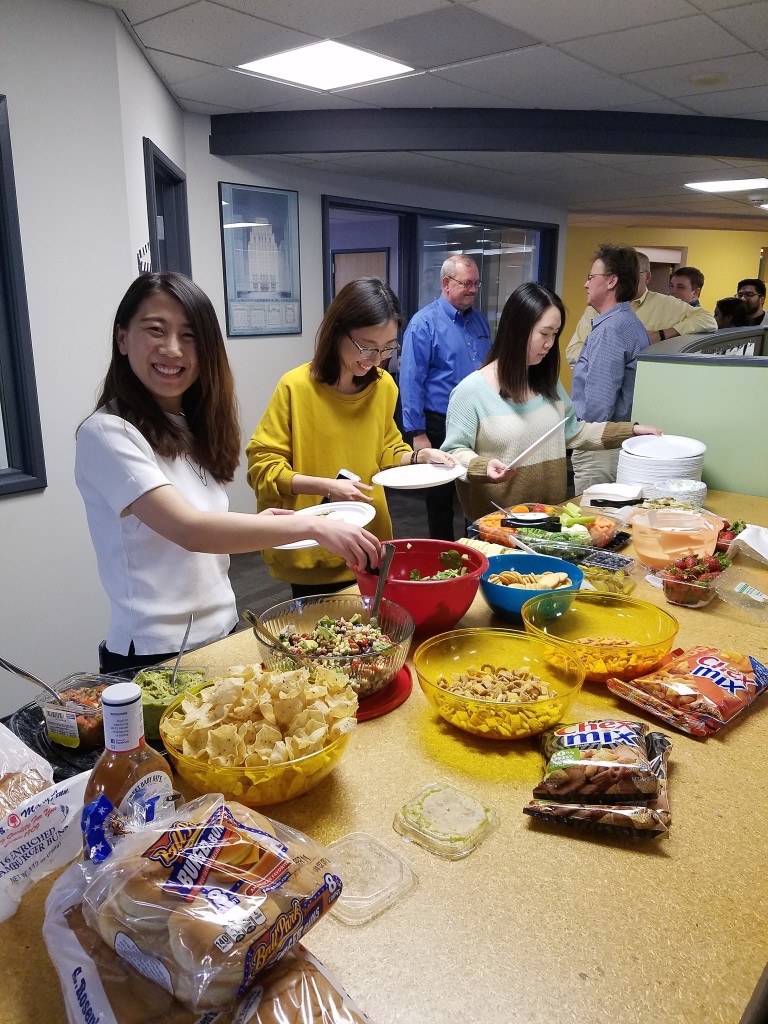 We participated in several Career Recruitment fairs and hosted yet again a successful High School Student Internship program through Northland Caps (www.northlandcaps.org). Gabby was our Structural Engineer intern this year through the program, and we enjoyed having her at the office. 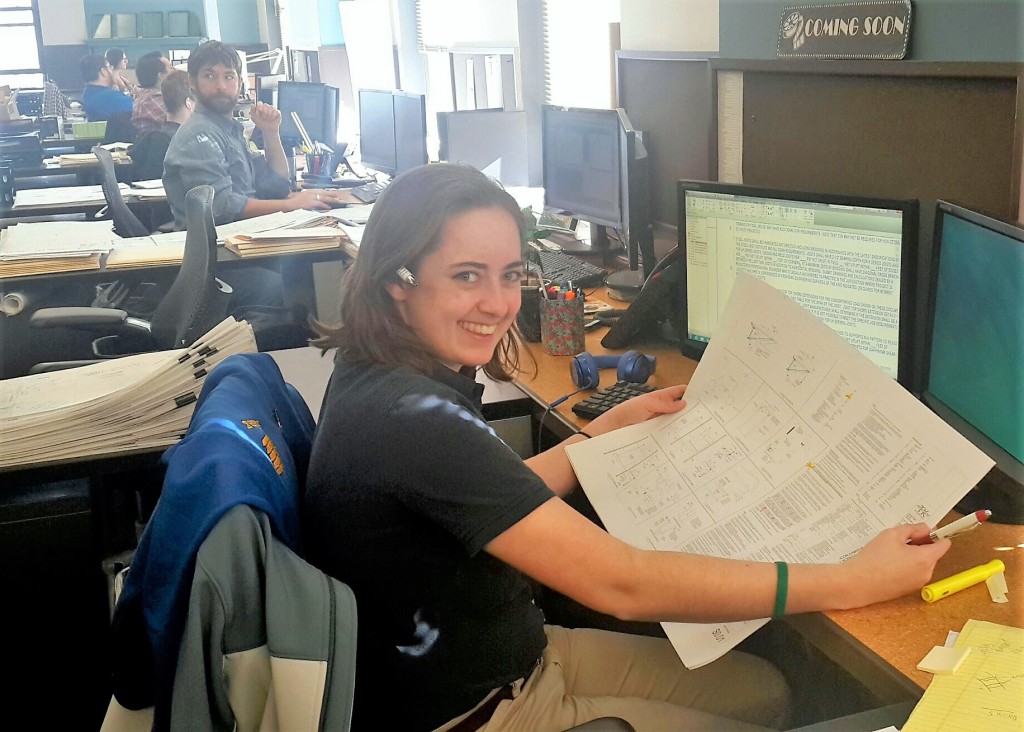 We welcomed many new employees that became a fantastic addition to the office this year! Welcome: Erin, Jacob, Hahn, Travis, Curtis, Shannon, Ali, Courtney, Jan, Riad, Ben, Chris, Don, Clay and Marian – all in all 15 of the new amazing staff! 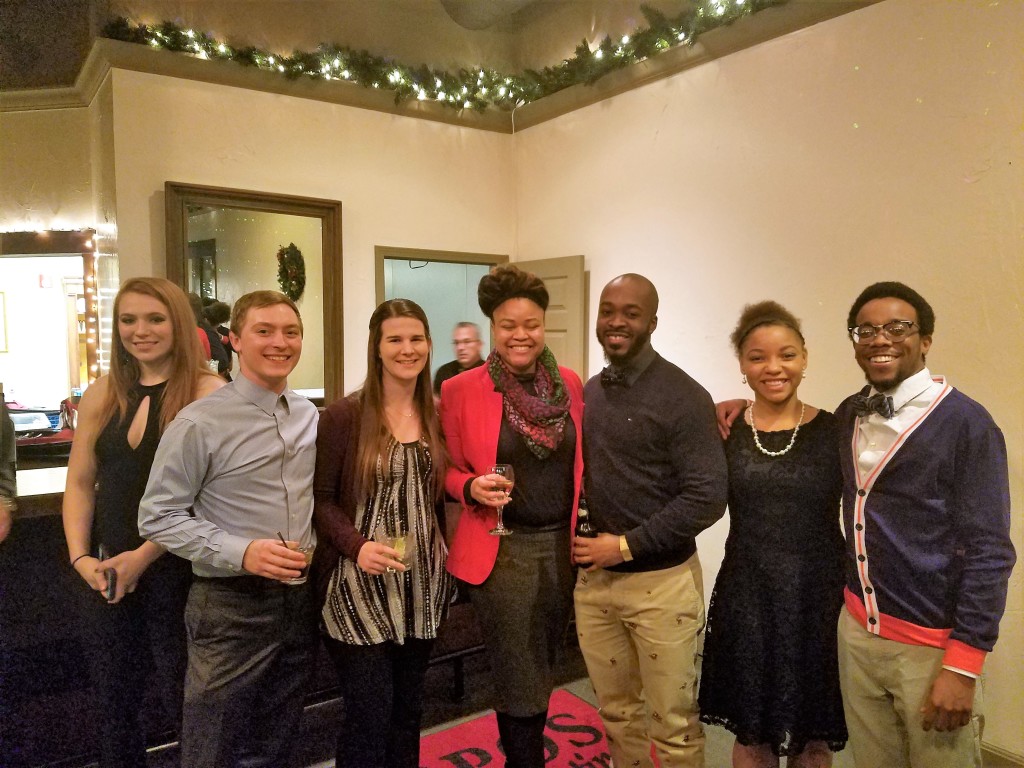 A few of 2016 new staff enjoying the Holiday Dinner Party

We also volunteered and gave back to the community– at IIDA Color Couture, Christmas in October, and We Care, ArtsKC, as well as fundraised monthly for various nonprofit organizations during our “Tennis Shoe” weeks, and sponsored a couple of charity golf tournaments together with Cinemark and The Variety charity. TK has put together a softball team with some of our staff competing with other teams in Kansas City this year. TK Architects was also proud to be on the brainstorming planning team for the Kansas City Global Cities Initiative and be present at the Go Global KC Export Plan regional launch. 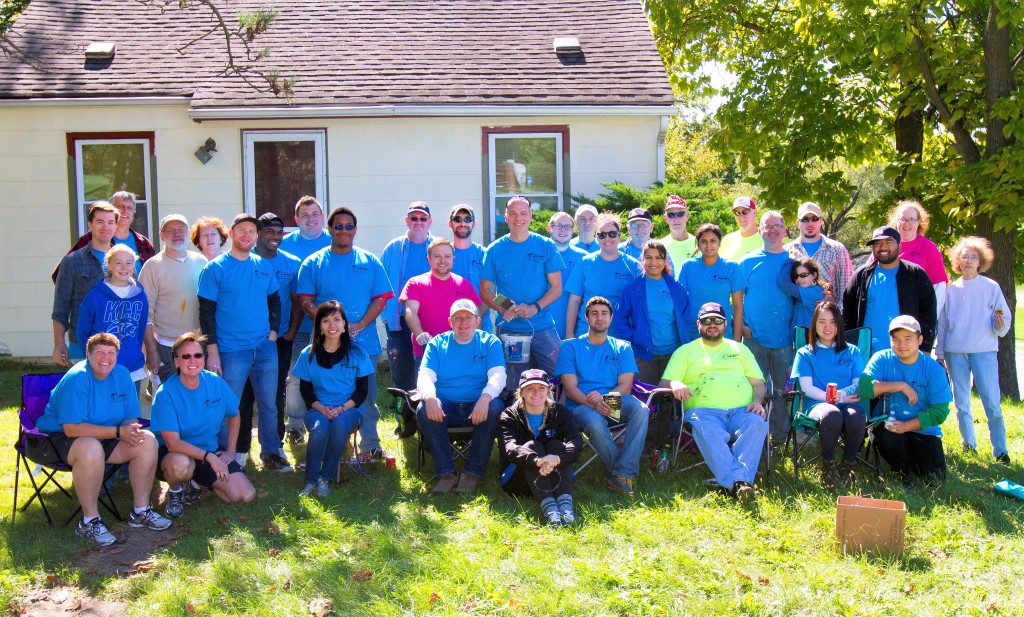 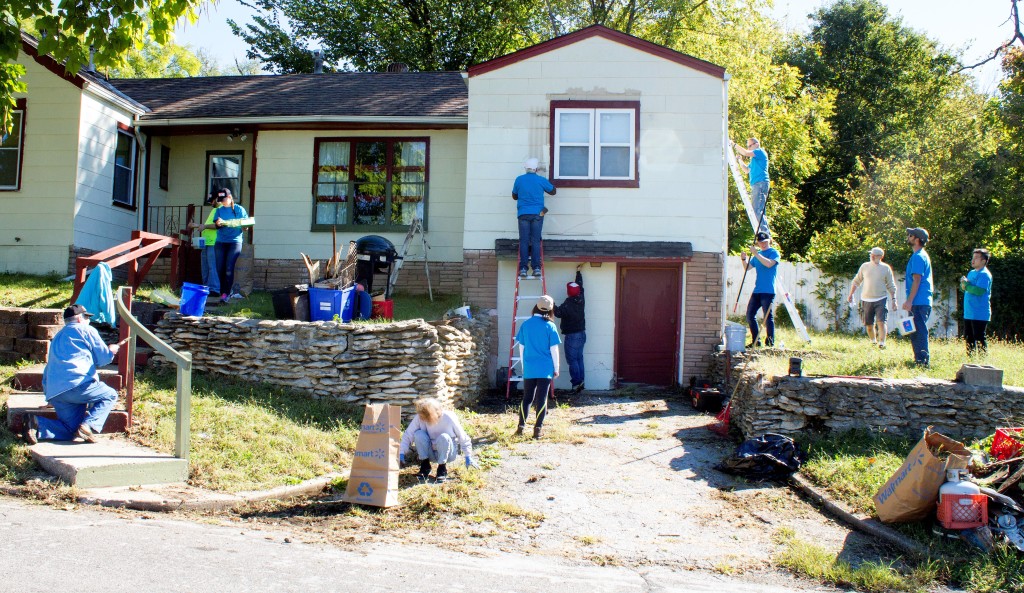 Christmas in October- the process 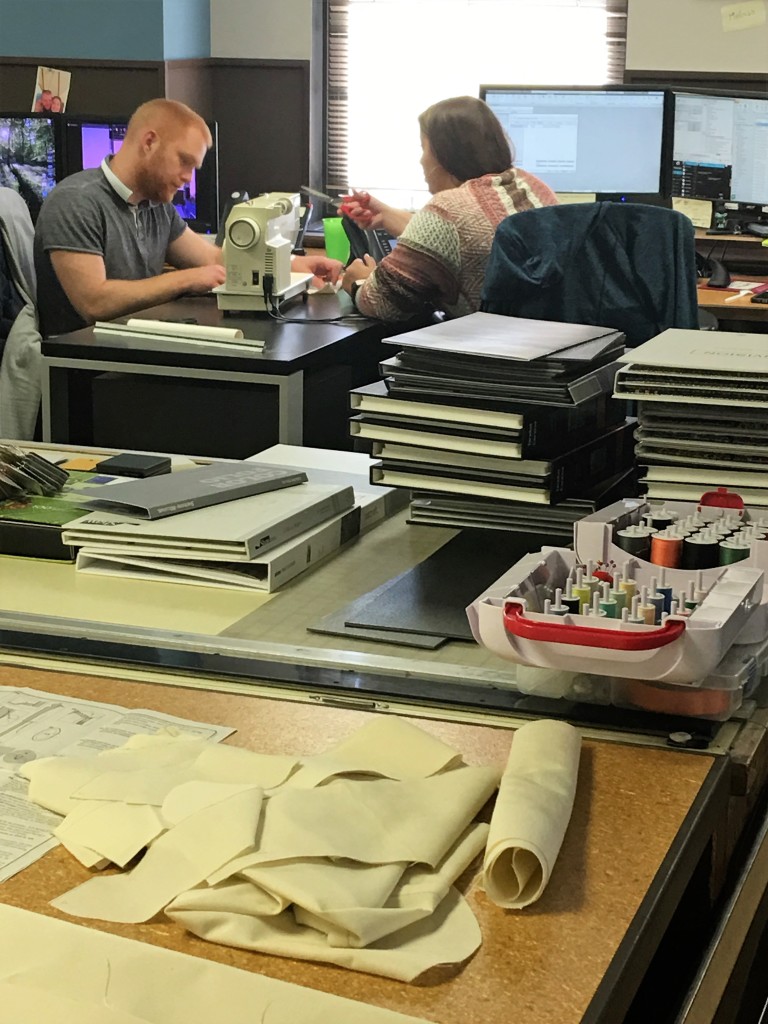 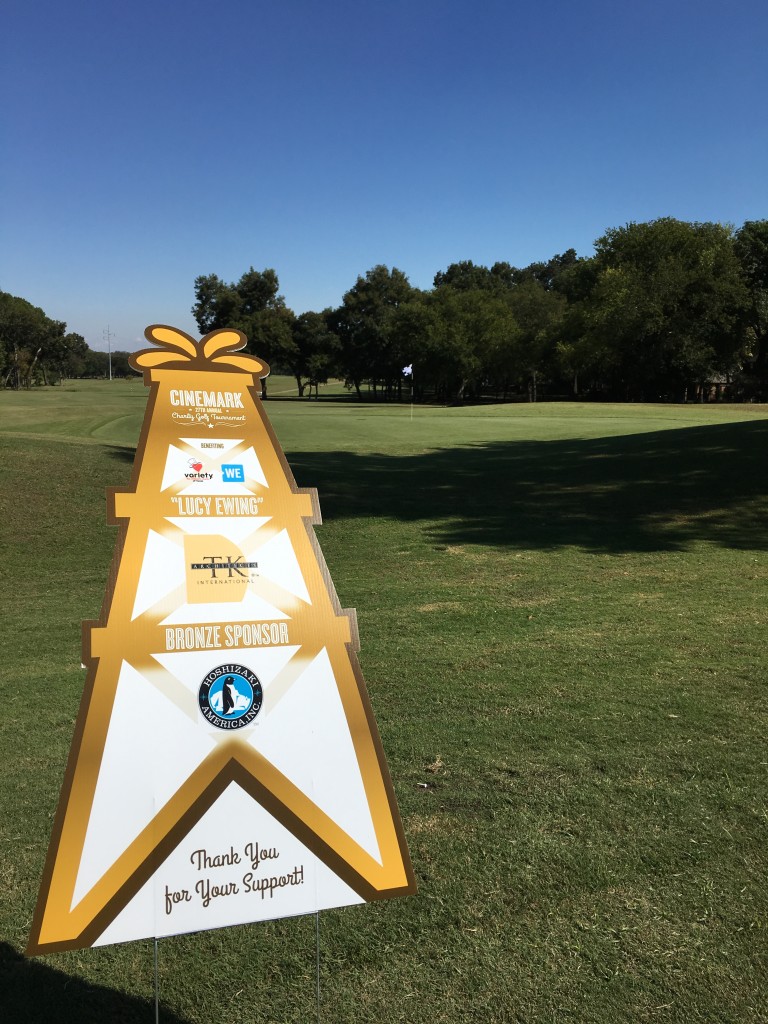 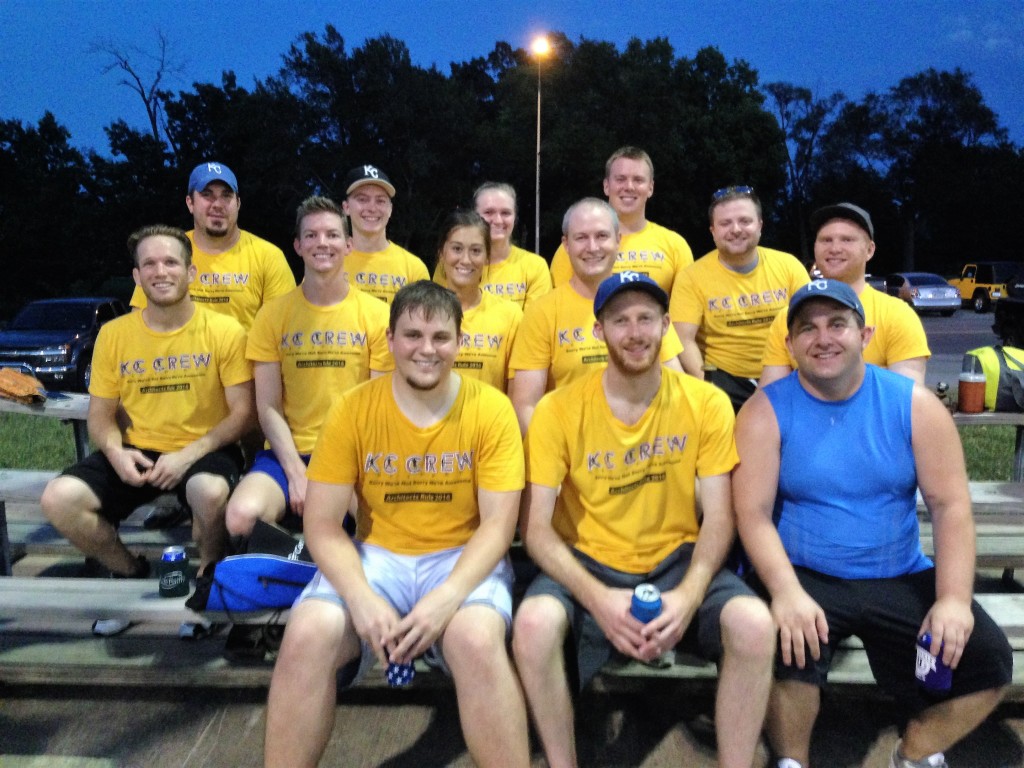 And … the drum rolls please… In the beginning of 2017, TK Architects plans to release a new website (stay tuned!) and will move into a new location. And even though the move is just a short one across the street, it has taken a lot of brainstorming and preparation for the design, construction and moving logistics during these past few months from the entire TK Architects team. Please stay tuned for some images of the process in a separate blog and in social media posts… 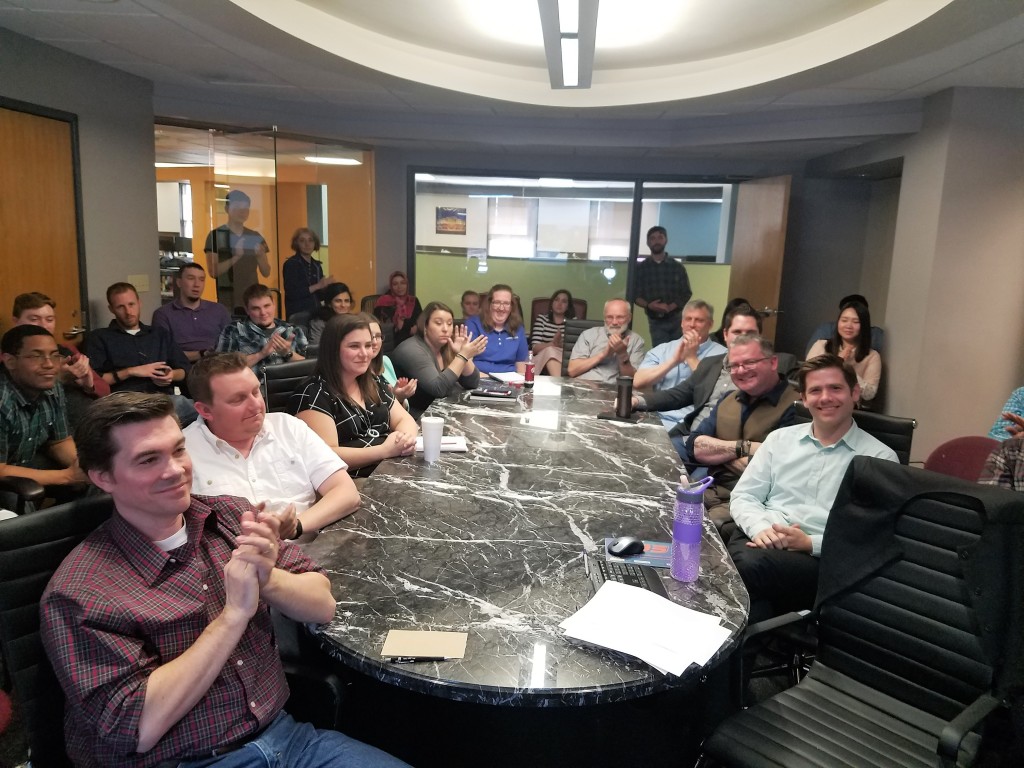 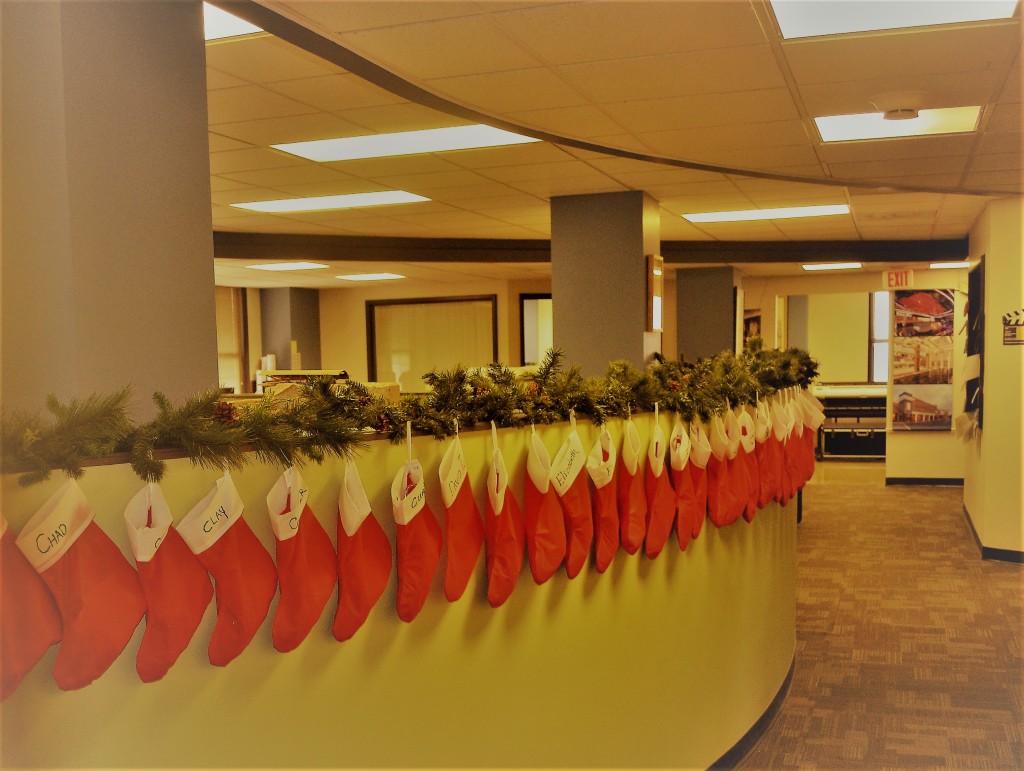 Holiday Stockings with goodies for each of our TK staff

We wish you a very happy holiday season and a successful year ahead!